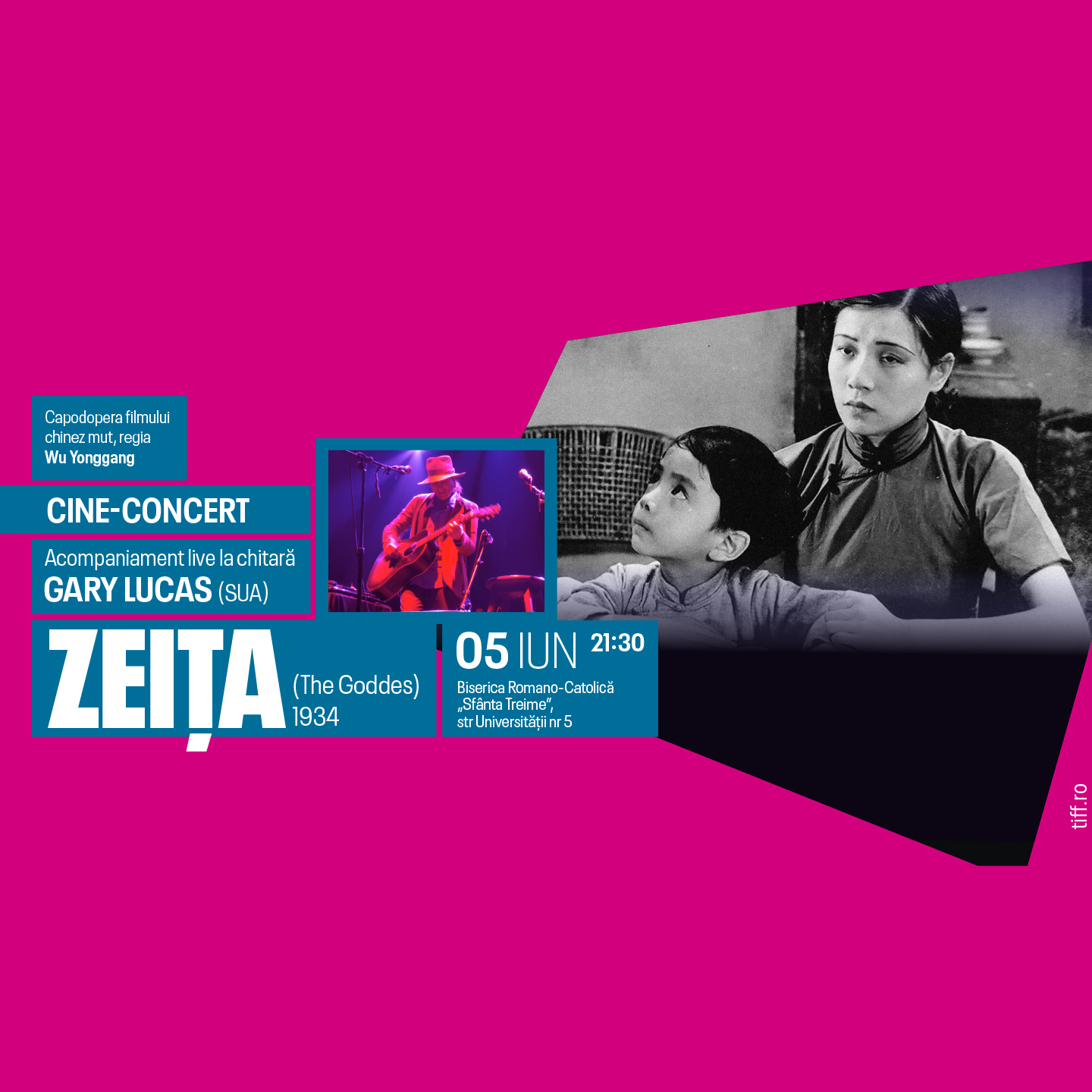 A sensational cine-concert brings legendary guitarist Gary Lucas back to Romania, following the success of his TIFF 2010 live accompaniament for R. George Melford’s 1931 Dracula. This time he will present a series of original pieces inspired by Wu Yonggang’s 1934 celebrated silent classic The Goddess, now seen as a major title of the golden age of Chinese cinema. The protagonist, played by Ruan Lingyu, is a young mother forced into prostitution in order to support her son’s education — a daring subject for the time.

In composing the live score for the film, Lucas drew on his vast knowledge of 1930s Shanghai pop, thus re-creating the atmosphere of the era while rendering the emotiJonal charge of the story. “Lucas’s guitar wizardry never amounts to virtuosity for its own sake. His score only enhances our appreciation of this melancholy tale of a ‘fallen woman’s’ fate,” said editor of Cineaste MagazineRichard Porton after the Brooklyn premiere.

The cine-concert is part of the TIFF 2019 Focus China, a section developed in collaboration with the Shanghai International Film Festival, the Belt and Road Film Festival Alliance, and the Embassy of the Republic of China in Romania.