Vlad Ivanov celebrates his birthday with the InspiraTIFF audience 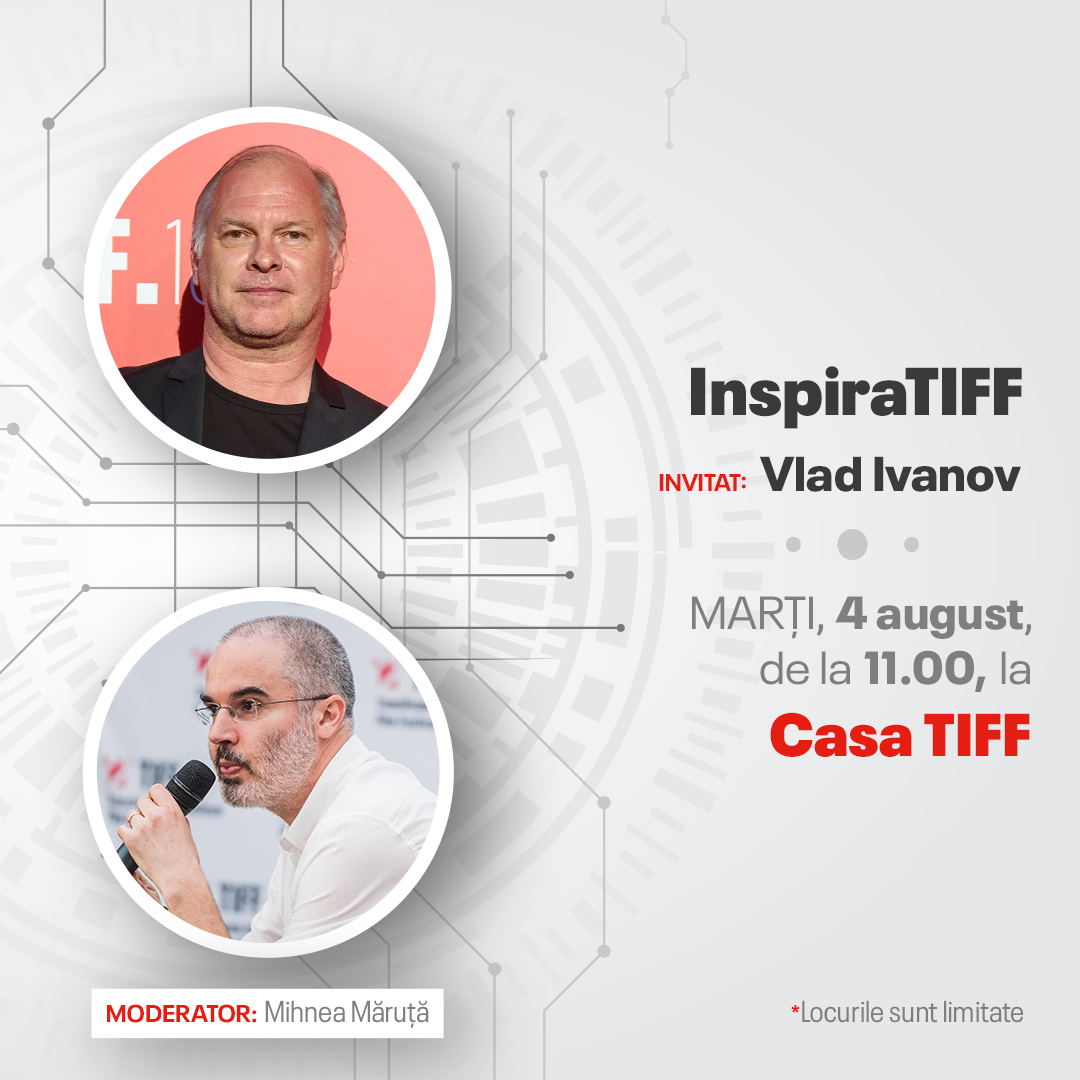 One of the most appreciated Romanian actors today, Vlad Ivanov is Mihnea Măruță's special guest, this Tuesday, in the InspiraTIFF session. Film lovers can meet him at Casa TIFF, the event starting at 11 AM, with free entry based upon availability.

This year, the TIFF audience can watch the actor perform the role of Doctor Ivan in the movie Servants, directed by Ivan Ostrochovský, co-produced by Libra Film and premiered at the Berlin International Film Festival.