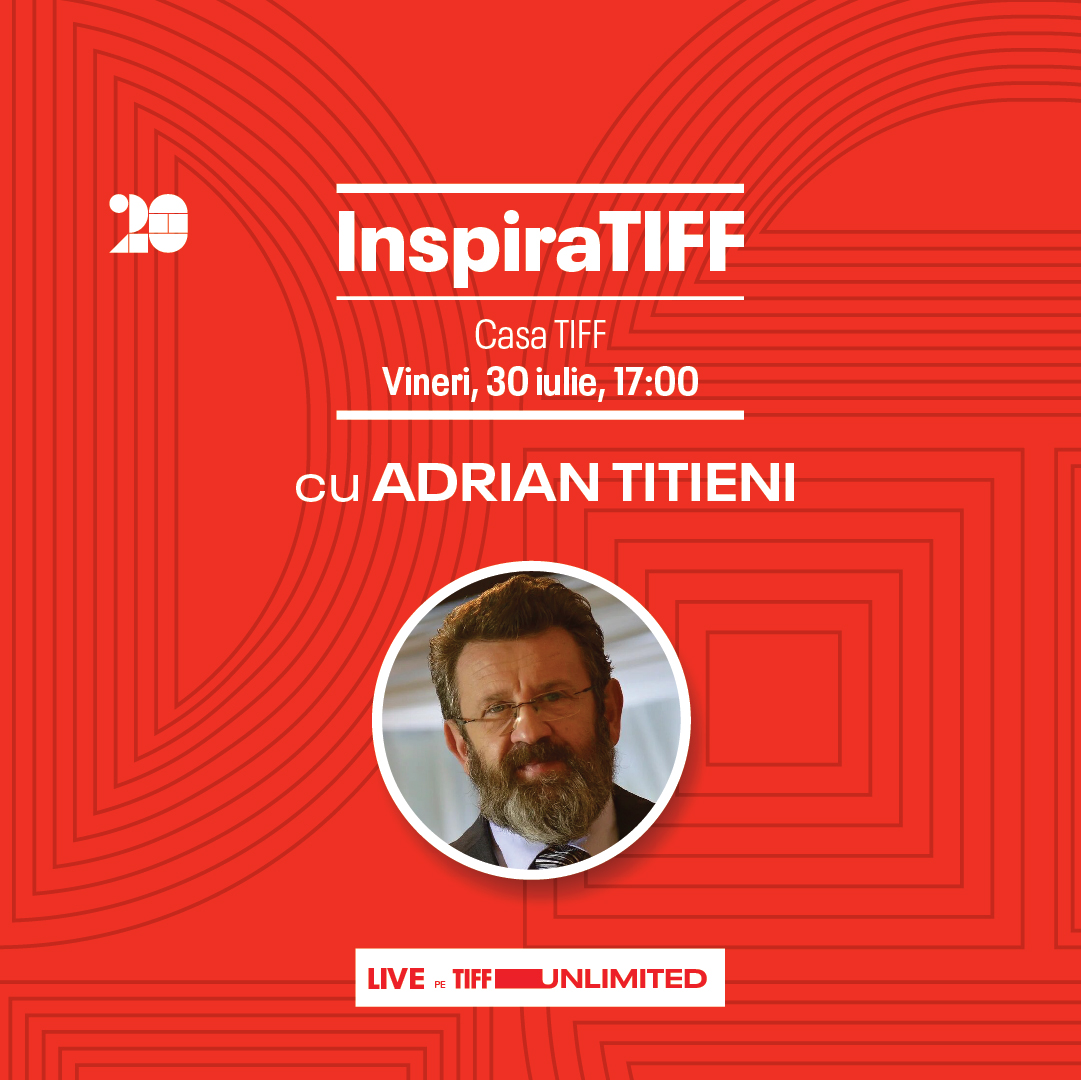 Narator of the spectacular documentary Wild Romania, screened in a world premiere Friday, July 30, 9:45 PM in Unirii Square Open Air and protagonist of the film The father who moves mountains, actor Adrian Titieni accepted our invitation to attend the InspiraTIFF meeting. He will be joining us at Casa TIFF, Friday, July 30, 5 PM in a discussion moderated by journalist Alexandra Tănăsescu and broadcasted live on TIFF Unlimited.

One of the most succesful Romanian actors, with over 100 roles in film, theatre and television, Adrian Titieni also appears in other TIFF screenings this year such as The Windseeker or Otto the Barbarian.