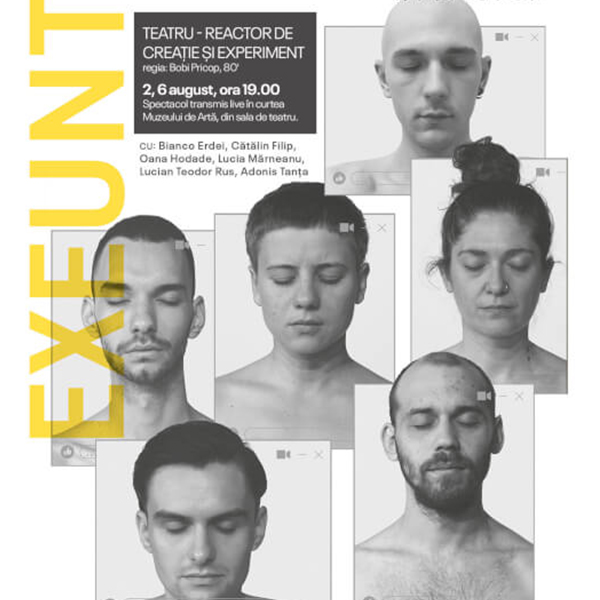 Six people have been waiting, for a long time, for a future where they could meet and be together. Loneliness deepens and reveals nostalgia, anxieties, fears. Solitude forces them to discover new means of expression, which they will then have to give up.

Exeunt (lat. exeo – they exit, frequently used as a direction in a play for the exit of a group of actors) will be for them the exit out of intimacy. The way to a joined future is a rediscovery of the world, a journey from a mind collapsed onto itself to a collective mind, a road at the end of which, in a common space, the components of the same organism will bind, one by one, to each other.

The first screening will begin today, August 2nd, at 7 PM at the Art Museum, the second one being scheduled for August 6th at the same hour and location.

Performance produced by Reactor as part of the program „Posthuman. Performative approaches”, co-financed by the Administration of the National Cultural Fund.