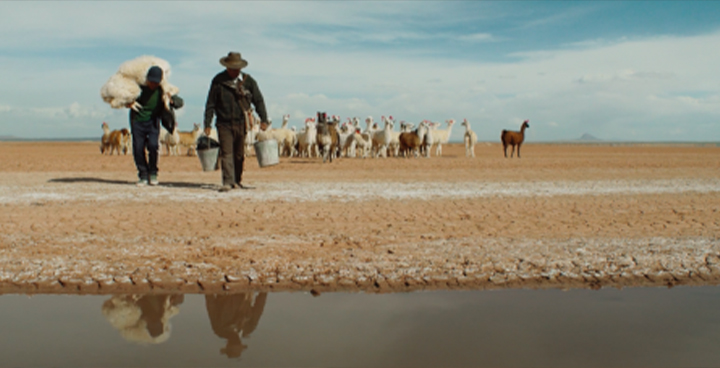 Utama is the winner of the Transylvania Trophy at TIFF.21. and can be seen today at 13.00 at the Florin Piersic Cinema.

Director Alejandro Loayza Grisi's debut feature film captures the need to change and confront natural barriers through a particular aesthetic. He builds a portrait of an indigenous Quechua couple threatened by the aggressive drought in the middle of the Bolivian steppes. Elderly shepherds Virginio and Sisa (exceptionally acted non-professional actors José Calcina and Luisa Quispe) are feeling the effects of global warming more and more deeply; their hopes gradually diminish as the days pass and the rain they pray for and haven't seen in a year fails to appear. Although their herd of llamas is slowly succumbing to dehydration and their resources are running low, their attachment to the home and land where they have lived their entire existence does not allow them to move to the neighboring town of La Paz. The two intend to die there, despite their grandson Clever's (Santos Choque) insistence that they leave with him in search of a better life.

Together with cinematographer Barbara Alvarez, Loayza Grisi has crafted a distinct visual sensibility for his film. Each frame appears as a contemplation of the landscapes of that beautiful corner of South America; we can see this from the very first shot of the film, where we see Virginio walking alone through the barren, untamed wilderness. The slow pace, symmetrical and balanced compositions complement the emotionally charged atmosphere: the camera observes the characters, leaving them to go about their anguished existence or specific rituals, such as sacrificing an animal to invoke deities. The camera intervenes in the intimate space of the characters (now seen in the foreground) only when they are in the bedroom, acting as a mediator (or simply a spectator) of a marriage that has lasted for decades.

Full of recurring symbols and motifs, local legends and customs, Utama (our house in Quechua) captures life from a perspective perhaps too little known to the general public. It can be seen today at 20:00 at Victoria Cinema or Thursday at 17:30 at the same cinema.