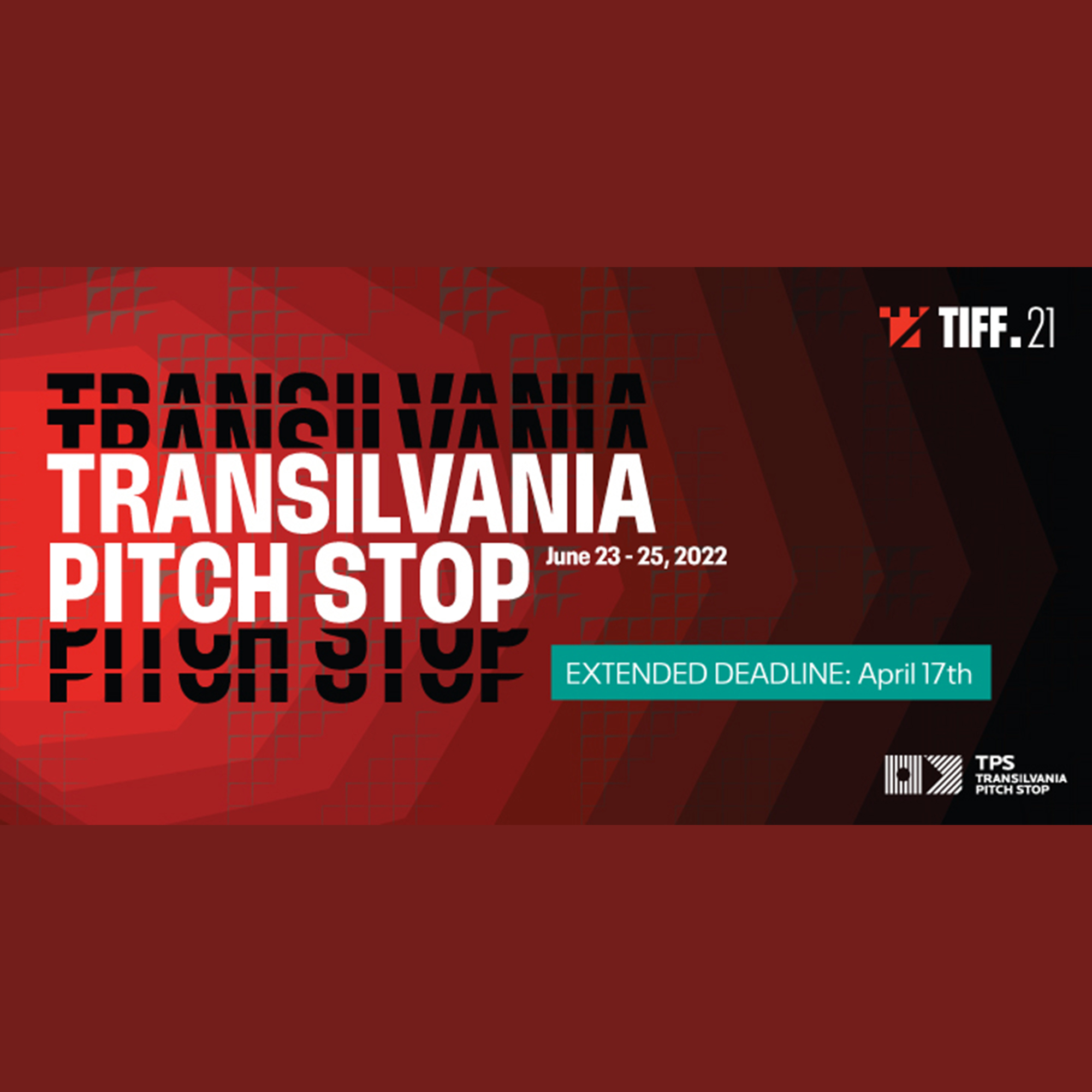 Transilvania International Film Festival (June 17 - 26, 2022) opens the registration for Transilvania Pitch Stop (TPS), the largest platform dedicated to the film industry at TIFF. Starting today, filmmakers from Ukraine, Romania, Hungary, Bulgaria, Serbia, Russia, Moldova, Greece, Turkey and Georgia can submit their projects to the ninth edition of the international co-production program. Applications can be submitted online until April 10, 2022, through the eventival.eu platform: https://vp.eventival.com/tiff/2022

Under the TPS program, the jury will select up to 10 projects in development, belonging to filmmakers on their debut or second feature film. The program will include the presentation of projects to potential partners and funders (producers, distributors, sales agents, film fund representatives, etc.), individual meetings and project discussions. The event will take place in Cluj-Napoca, on June 23-25.

Projects may be in various stages of development, but a first draft script must be available for selection. To be eligible, each project must be conceived, from the outset, as a European co-production. At the same time, at least 20% of the film's budget must already be secured. The program will be conducted in English.

The regulations can be consulted here.

Over 80 projects were selected during the first 8 editions of the Transilvania Pitch Stop program (co-production platform and workshop). These included productions selected and awarded at major festivals, such as Apples, directed by Christos Nikou (Horizons - Venice 2020, Greece's Oscar nomination), The Man Who Surprised Everyone, by Natasha Merkulova & Aleksey Chupov (awarded at Venice, in the Orrizonti section), Monsters., directed by Marius Olteanu (Taggespiegel Audience Award, Forum section of the Berlin Festival, 2019), or Soldiers: The Story of Ferentari, by Ivana Mladenovic (Special Mention, Locarno IFF 2017).

The awards offered at TPS this year will be announced soon.