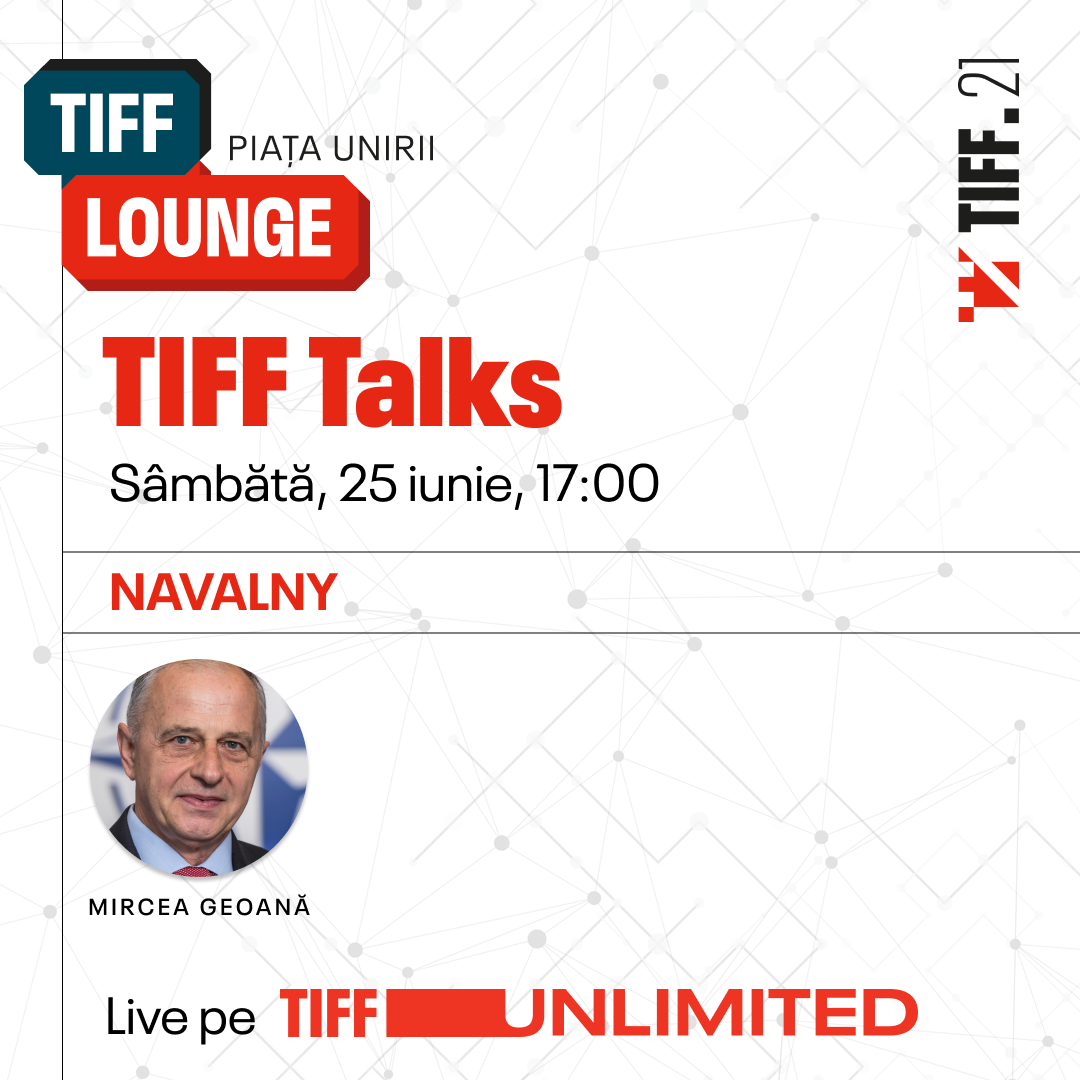 The TIFF Talks series of events ends on Saturday, June 25, with a new invitation to dialog. The film Navalny (dir. Daniel Roher) at this year's edition of the festival will set the tone for the discussion at TIFF Lounge, in Unirii Square in Cluj-Napoca. Special guest at the event scheduled at 5:00PM is Mircea Geoana, NATO Deputy Secretary General. His dialog with the public will be moderated by journalist Mihnea Măruță.
Recently unveiled for the world premiere at Sundance, Navalny is a documentary about Vladimir Putin’s opponent who survived an assassination attempt in August 2020. During the months of recovery, Navali discovers shocking details about the attempt on his life and decides to return to his home country. But does he have a chance against the omnipotent Vladimir Putin?