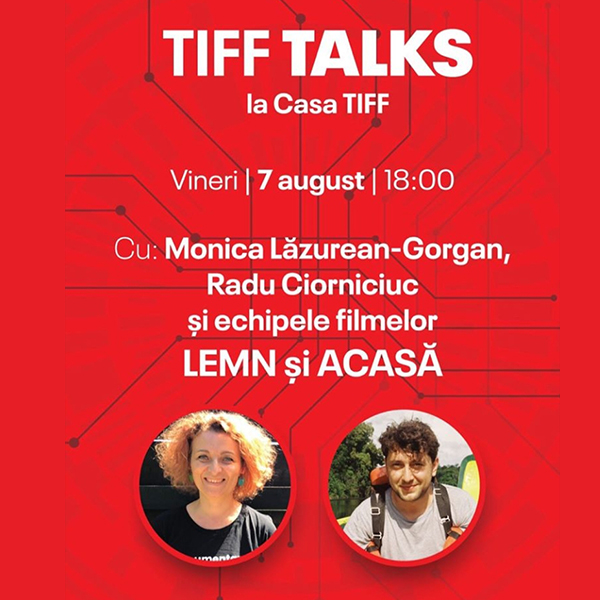 Directors Radu Ciorniciuc and Monica Lăzurean-Gorgan come to TIFF Talks on today, August 7, at 6PM. Present at TIFF during the Romanian Film Days, the filmmakers will offer the public details from the backstage of the documentaries ”Home” and ”Wood”, both screened for the first time at TIFF 2020. The event will take place at Casa TIFF, where spectators will have free access, within the available seats.

"Devastatingly sincere and emotional," writes Film Threat about ”Home”, Radu Ciorniciuc's debut, awarded the Special Jury Prize for image at Sundance. The film documents the great adventure of the Enache family, who went from a life in complete harmony with nature, in the wilds of the Văcărești Delta, to living in the great urban jungle of the capital.

”Wood”, directed by Monica Lăzurean Gorgan, Michaela Kirst and Ebba Sinzinger, exposes the illegal deforestation actions of large mining companies. The film follows the investigations carried out in Romania, Peru, Russia and China by Alexander Von Bismarck, the great-grandson of Chancellor Bismark and former member of the US Navy, activist and head of the Environmental Investigation Agency in Washington DC, who manages to track international trade in timber, while being undercover.