TIFF Talks with the teams of the movies ,,Eden’’ and ,,Tales from the prison cell’’ 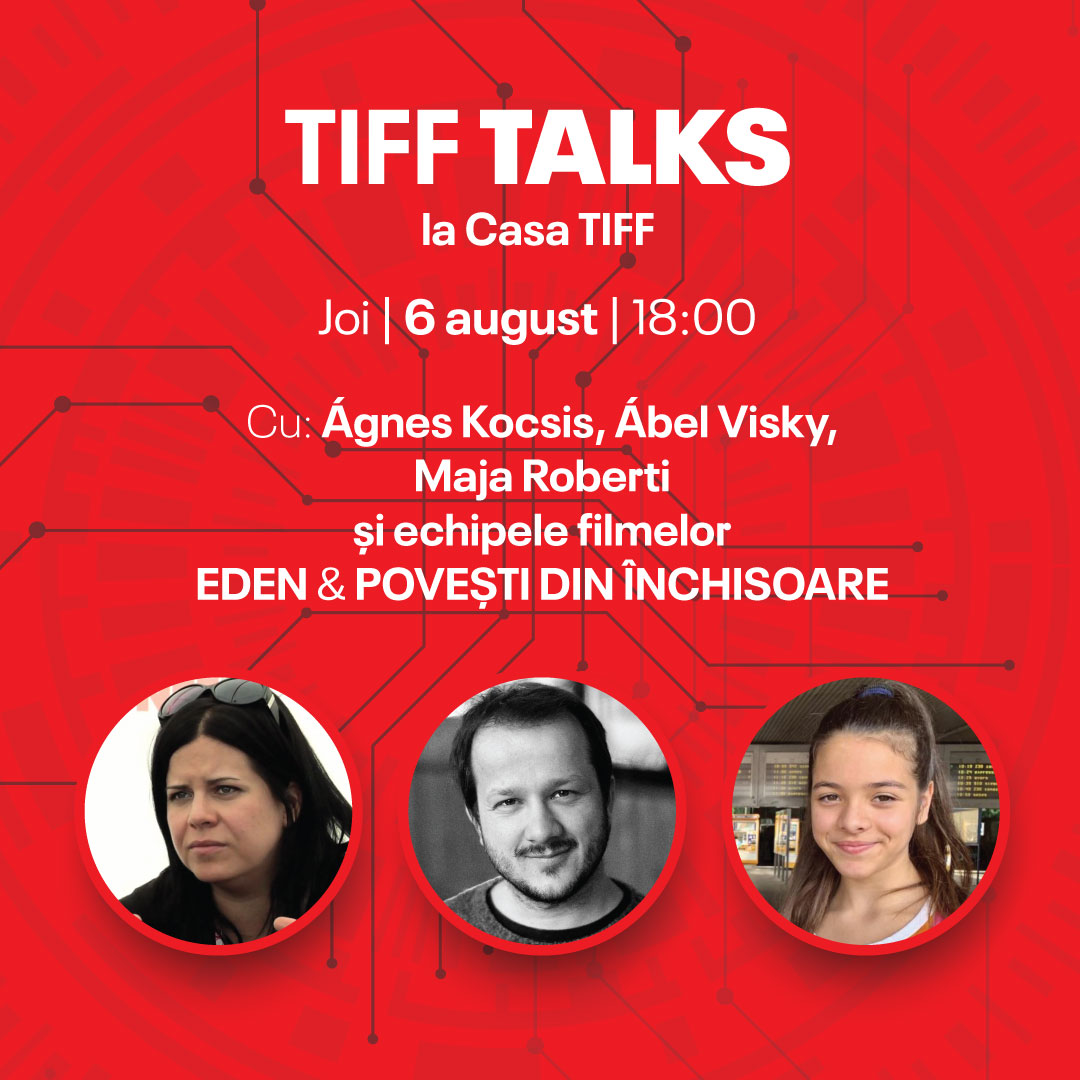 Represented by director Ágnes Kocsis, one of the jury members of the TIFF 2018 edition, and actress Maja Roberti, who is making her big screen debut, the ”Eden” film team comes to TIFF Talks with Ábel Visky, the director of Prison Stories. The public will be able to meet them on today, August 6, at 6 PM, at Casa TIFF, where access will be free, subject to availability.

Presented during the Hungarian Days and co-produced in Romania, ”Eden” follows the story of Eva, a young woman allergic to all known chemicals, who believes that any contact with the real world could be fatal. It is the third film by director Ágnes Kocsis, who will tell the TIFF Talks public about the experience on set, but also about her next projects.

Ábel Visky was the big winner of the TIFF Local Competition in 2013, and at this edition, he presents his first feature film: ”Tales from the prison cell”, a creative documentary about the relationships of some children with their convicted fathers.