The ”5 minutes too late” team at TIFF Talks 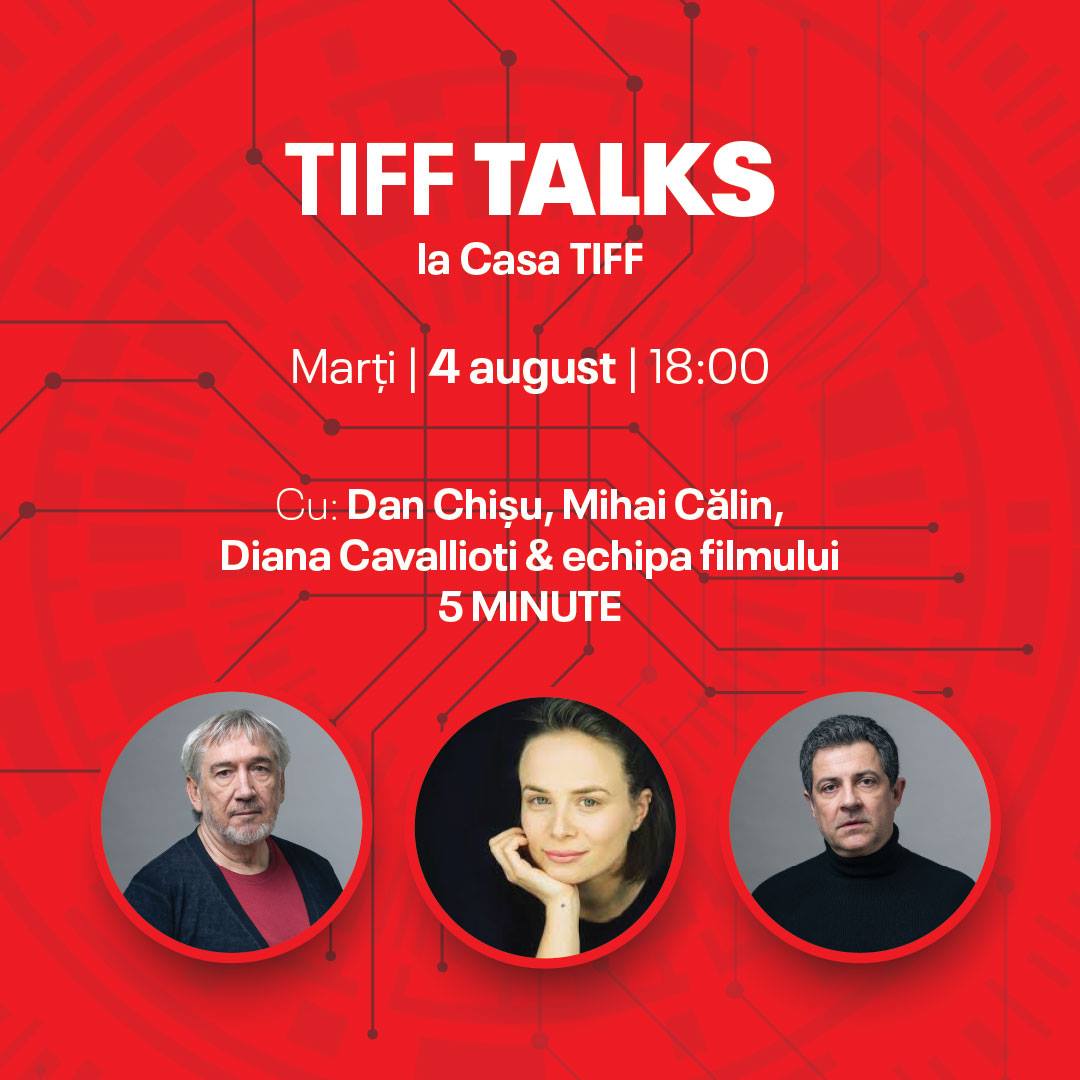 Starting tomorrow, the 4th of August and taking place every evening from 6 PM, TIFF Talks aims to challenge the audience to a discussion with Romanian actors and directors who are presenting their movies for the first time in front of the TIFF 2020 public.

The first guests are the members of the ”5 minutes too late” movie, projected for the first time in Romania, tonight, from 9 PM at the Transilvania Club.

The film focuses on the destiny of the man who led the gendarme team, through an investigation by a young journalist known for her unusually daring reporting after a cinema in Bucharest screened a controversial film about two lesbians who form a couple. Minutes into the film, a few members of the audience stood up, vehemently opposing the LGBT community. The press accused the Gendarmerie for not intervening to end the conflict.