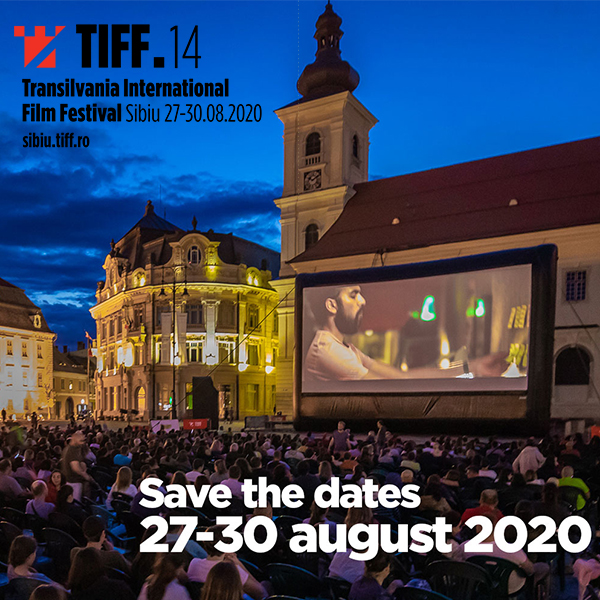 The Transylvania International Film Festival returns to Sibiu, between August 27 and August 30, for the 14th year in a row. TIFF Sibiu will take place exclusively outdoors, in compliance with the necessary safety and social distance measures during this period. Four evenings of open-air cinema, over 20 films and special guests await the people of Sibiu in the Big Square, Habermann Markt, Astra Open-Air Museum, Promenada Sibiu above-ground car park (top floor) and the Flower Terrace of the Ion Besoiu Cultural Center ".

A romantic comedy will start the festival on August 27, from 20.45, in the Great Square: La Belle Époque (r. Nicolas Bedos), with French stars Daniel Auteuil, Guillaume Canet and Fanny Ardant on the poster. A journey following the adventures of a man trying to rediscover the woman he fell in love with 40 years ago, the film had its world premiere at Cannes and won three César Awards this year, including Best Actress in a supporting role (Fanny Ardant).

Sibiu residents will fall in love with Babyteeth, the debut of Australian Shannon Murphy, winner of the Transylvania Trophy and the Audience Award at TIFF, “probably the happiest and liveliest film ever made about a terminal illness. A wonder ", headlines The Guardian. A teenage girl with cancer - Eliza Scanlen, the star of the HBO series Sharp Objects - falls in love with a drug dealer, and her parents fall head over heels. Patrick (d. Tim Mielants), awarded best director at TIFF, also brings a lot of humor around the idea of ​​death: when his father dies, Patrick, a good man at everything in a nudist camp, becomes obsessed with the disappearance of his hammer, and the search for it acquires existential dimensions.

Audience hits, multi-awarded at festivals are also Corpus Christi (r. Jan Komasa), the fascinating story inspired by the reality of a young man released from prison who accidentally takes over a parish, claiming to be the messenger of the Church. Poland's Oscar nomination also won two major awards in Venice, where Madre, the new film by Rodrigo Sorogoyen, winner of the 2014 Transylvania Trophy, with Stockholm, was also awarded. The intense drama of the mother who lost her 6-year-old child, which began in a short film nominated for an Oscar award in 2017, resumes ten years later, in the city where he disappeared, where she meets a 16-year-old teenager who physically resemblances her son. The two begin a relationship with unexpected consequences.

From the director of the famous The Full Monty, Peter Cattaneo, comes the comedy Military Wives, based on a real story and starring Kristin Scott-Thomas. In the absence of partners on the Afghan front, a group of military spouses form a choir, suddenly waking up in the spotlight. Full of suspense, Les Traducteurs (d. Régis Roinsard) brings together names like Lambert Wilson, Olga Kurylenko and Riccardo Scamarcio in a thriller about nine translators hired to translate the long-awaited final volume of a successful trilogy inside a luxury bunker. When the first ten pages of the manuscript appear on the Internet, the experience turns into a nightmare.

Pedro Almodovar's latest film, Pain and Glory / Dolor y gloria, selected in competition at Cannes 2019 and nominated for an Academy Award, with Antonio Banderas in a remarkable role, will not be missing from the series of screenings at TIFF Sibiu.

Soon enough, TIFF Sibiu tickets will be on sale on tiff.eventbook.ro, their number being limited, thus respecting the conditions imposed by the authorities for outdoor events. The screenings in Piața Mare will be free, based on a zero value ticket.