Coming Up Next: new section dedicated to series 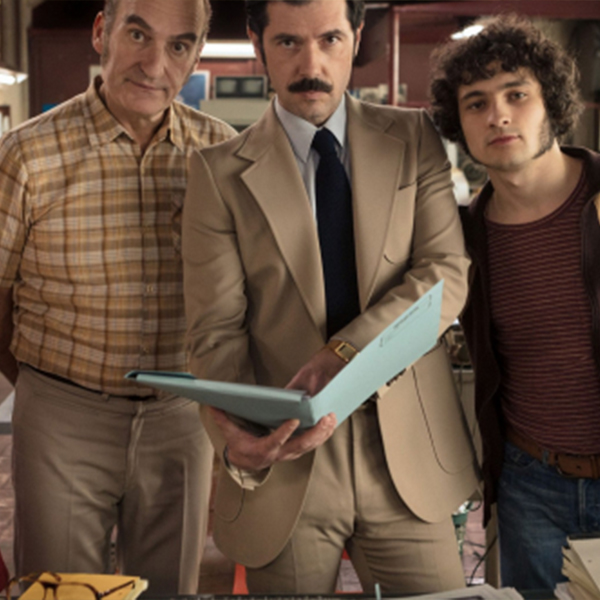 Binge watchers will be able to discover new productions in a cinema setting at the Transilvania International Film Festival. Coming Up Next is a new section which proposes eight series and miniseries, all Romanian premieres, two of them shown in their entirety as marathons. One pilot episode from the new HBO Romania series  Ruxx will have its preview screening at Transilvania IFF, alongside series produced and popular in Spain, the Czech Republic, Serbia, Russia, France, Denmark, and Brazil which will be shown in Romania for the first time.

The pilot episode of the most recent HBO Romania production will have its preview screening at Transilvania IFF. Powerful, emotional, and courageous, RUXX follows the story of a young woman, played by Raluca Aprodu, who struggles to balance her difficult career with other priorities in her life: the family she supports financially and her long-distance relationship. Alex Secăreanu (God’s Own Country), Șerban Pavlu, Alina Chivulescu, Bogdan Dumitrache, Mădălina Craiu, Ioana Bugarin, and Marian Olteanu are also part of the cast.

"The best Spanish series of the year," according to El Mundo is directed by Rodrigo Sorogoyen (who received the 2014 Transilvania Trophy for Stockholm). Six gendarmes take part in an eviction operation in Madrid, but things get out of control and a man ends up dead. The gendarmes are ready to do anything to beat the rap but internal affairs officer Laia uncovers shocking secrets. The series will be screened in its entirety at TIFF as part of the Carte blanche: San Sebastián program.

15-year-old Marty is unexpectedly found dead. All he left behind is a trail of horrific videos shot just before he died. His grief-stricken father pieces together the chilling bits of Marty’s online life in order to uncover the circumstances of his tragic end. Winner of the International Emmy Award for Short-Form Series. Presented in its entirety at Transilvania IFF.

The last three days before the arrest of the former Serbian and Yugoslav president Slobodan Milošević. Milošević’s family and friends, trapped in their villa and with no control over the situation, start their struggle to overcome the crisis and grapple with their past. The first episode of this 5-episode series.

Six co-workers who could not be more different miss their flight. When the plane crashes upon take-off, the six are the only survivors! The trauma of the avoided disaster and sheer arbitrary nature of their survival starts eating away at them. Soon they will come up with a dangerous plan... Winner of the Best Series at the 2020 Serial Killer film festival! The first episode of this 8-episode series.

1978. Didier Mathure, a brilliant space engineer, is transferred to head a unit specializing in UFOs. This is a nightmare job for an out-and-out rationalist like him, and he is determined to find a way out as soon as he can. But an extraordinary event unsettles his convictions… The first 3 episodes of this 12-episode series will pe screened at TIFF.

Head of Homicide Jens Møller and his team investigate what the press dubbed the “Submarine Case”. On paper it looks like a simple murder story, but with no body, no motive and no murder weapon, the investigation is more complex. Who will come out on top, the truth or the murderer? The first episode of this Danish 6-episode series.

Medical scientists Arthur and Lerner created an experimental drug for terminally ill patients, but the German Lab they worked for cancelled the research. Further investigating, Arthur discovers that the medication has a quite shocking adverse effect… The first episode of this 8-episode series.