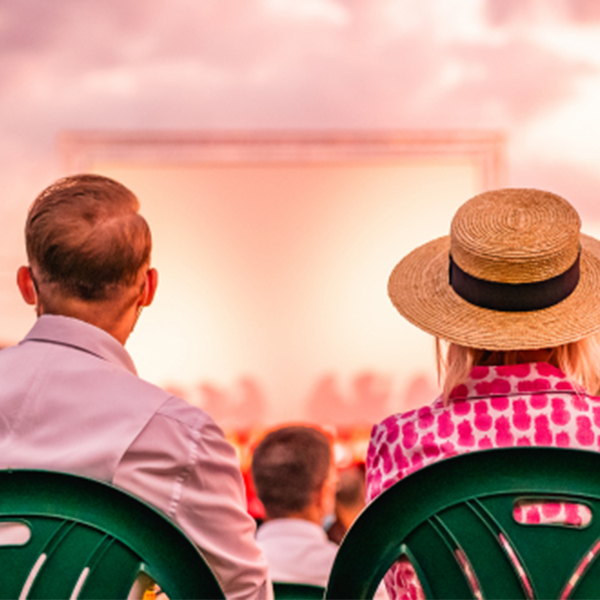 The 19th edition of the Transylvania International Film Festival ended on Sunday, August 9, with two sold-out screenings of the French comedy "Delete History"(directed by Benoît Delépine, Gustave Kervern), held in parallel in Unirii Square and at USAMV. Even in conditions of increased safety, organized for the first time exclusively outdoors, the largest event in Romania dedicated to films attracted, between July 31 and August 9, a number of 45,000 participants. For ten days, viewers watched on the big screens 157 films from 49 countries, presented late into the night in 232 screenings (compared to about 400 in 2019), in 14 locations, in the presence of the filmmakers invited to this edition .

The films most preffered by those who chose to spend their summer evenings at TIFF were, this year, the films "La Belle Époque" / "The Most Beautiful Years" (r. Nicolas Bedos), "Mama" (Madre, r. Rodrigo Sorogoyen) , "Corpus Christi" (r. Jan Komasa), "La dolce vita" (r. Federico Fellini), the events of the Weekend at the Castle program and those organized at Arkhai Sculpture Park in Vlaha. 51 of the events scheduled for this edition were sold-out.

All the 500 seats available in Unirii Square in Cluj-Napoca were occupied every night, but even if the festival ended, some of the hits of the edition can still be watched online until August 16, on TIFF Unlimited (unlimited.tiff. ro), the video streaming platform of the festival.

This year, a record number of 600 applicants expressed their desire to volunteer at TIFF, over 250 of them being selected to ensure, together with the festival team, the smooth running of events and the implementation of safety measures.

Between August 27-30, films from TIFF will arrive on the big screen in Sibiu, for the 14th consecutive year, and between September 11 and 13, the titles of the edition will be seen at the third edition of TIFF Oradea, also outdoors.