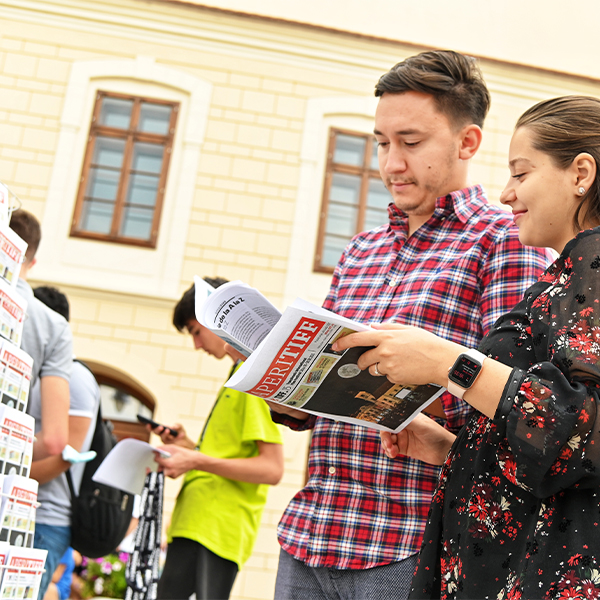 * The screening of the film ”Persian Lessons” tomorrow, August 8, moves to the Promenada Sibiu Parking, at 9:45 PM.

* Due to technical issues, the screening of ”ANNETTE” from Promenada Sibiu Parking, Friday, August 6, 9:45 PM is canceled. The people who already bought tickets have the possibility, based on the same ticket, to attend the screening from tomorrow, August 7, of the same movie, from 8 PM at Cine Gold, cinema hall number 1.

* Due to the large number of requests from the audience, we decided to schedule another screening of the documentary ”Wild Romania”, Friday, August 6, 9:45 PM at the ASTRA Museum.

Because of the bad weather, the TIFF Sibiu schedule from today, August 5, suffers multiple changes:

- The Wild Romania screening (sold out) moves from the ASTRA Museum to the great hall of the Ion Besoiu Cultural Center, from 10 PM.

- “The Mauritanian” moves from the Promenada Sibiu Parking to the small hall of the Ion Besoiu Cultural Center, from 10 PM.