Saturday, 12:30 @TIFF talks: The team of Nothing About Love 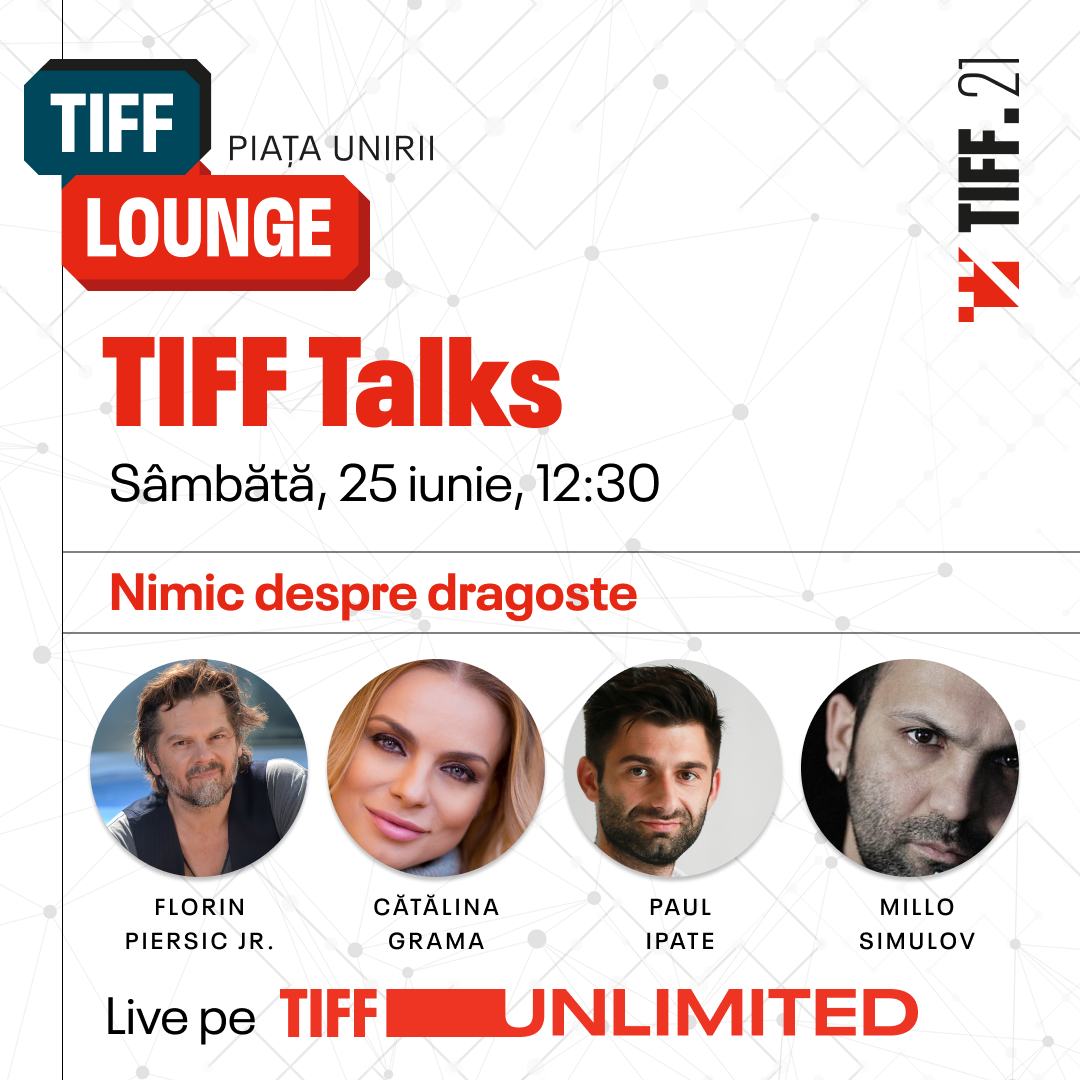 After the world premiere of the film Nothing About Love, screened on Friday night at 21:15 at the Students’ House, its creators come to meet their audience at TIFF Talks.
On Saturday, June 25, at 12:30, we invite you to a discussion with the director, screenwriter and actor Florin Piersic Jr., who will be accompanied by actors Cătălina Grama and Paul Ipate, but also the director of image and producer Milo Simulov. The event will take place at TIFF Lounge, the discussion being moderated by film critic Ionut Mareş.
Nothing About Love tells the story of two women and two men involved in an emotional cataclysm. The film attempts to capture and analyze those delicate moments in our lives when we perceive love as a disease of the soul.