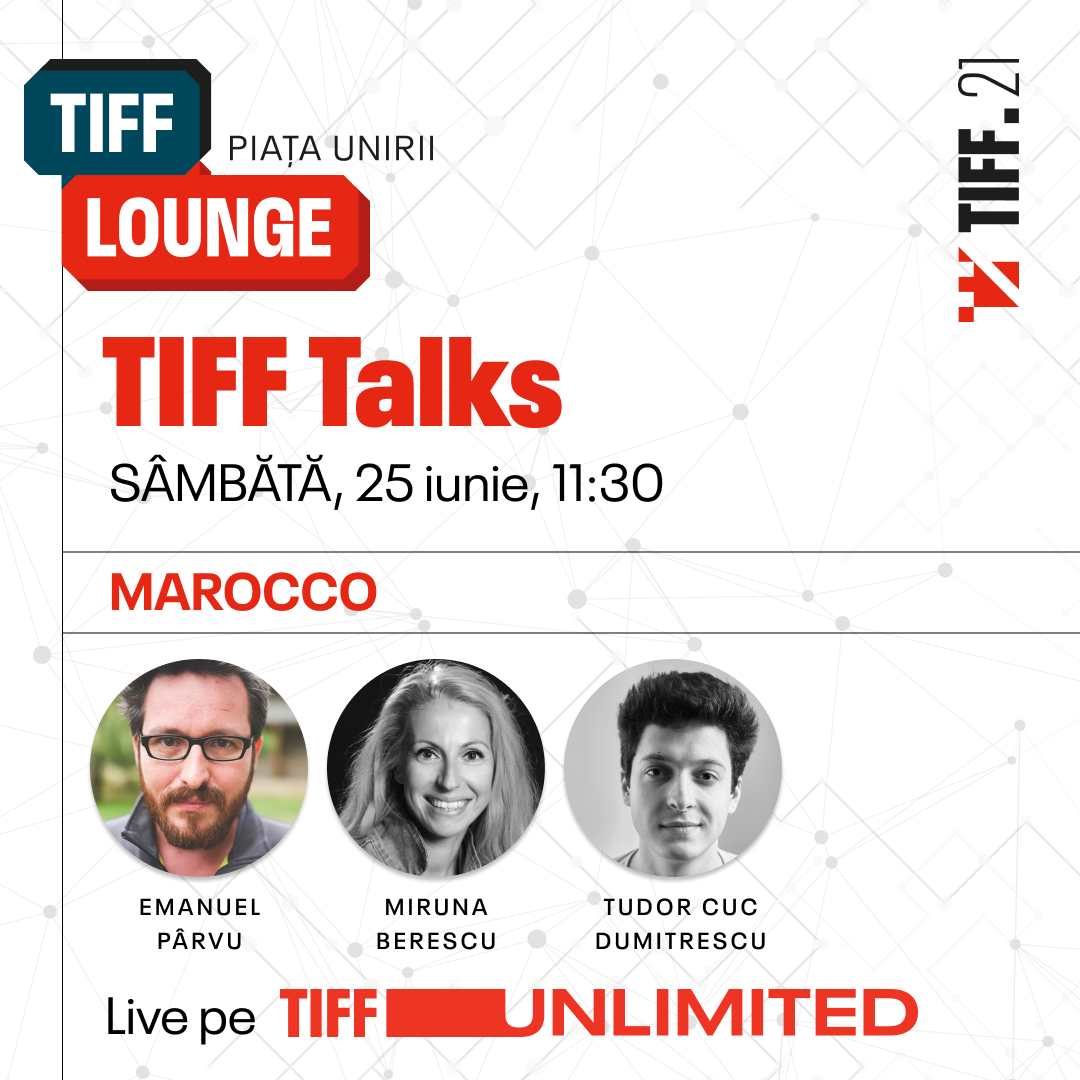 The creators of the film Mikado come to TIFF Talks on Saturday, June 25, at 11:30. Director Emanuel Pârvu, producer Miruna Berescu and actor Tudor Cucu-Dumitrescu will be present at TIFF Lounge, in Unirii Square, to tell the public details from behind the scenes of the production that enjoyed a world premiere at San Sebastián, in the New Directors section.
At TIFF 2022, the film competes for both the Transylvania Trophy and the ZFR competition. The story follows a series of events with tragic consequences, despite the good intentions of everyone involved. In the film, Magda offers her expensive necklace to a sick little girl, but Magda’s father is sure that the teenager is lying again. Faced with the truth, the father feels guilty and ashamed, but is unable to admit that he was wrong. Relationships break down and chaos sets in.