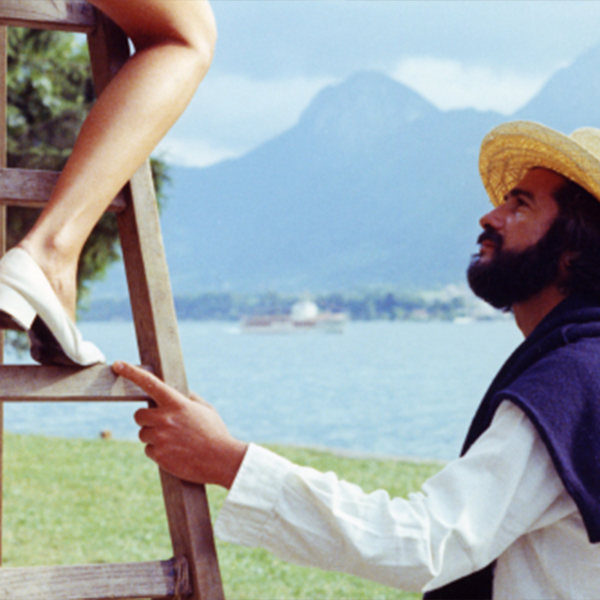 The works of four emblematic auteurs will be shown at the Transilvania International Film Festival (July 23-August 1, Cluj-Napoca) in the festival’s beloved retrospective sections: Close-up Éric Rohmer presents eight of the lodestar films of one of the most influential filmmakers in history, while the 3x3 section revisits the works of three major directors: Luis García Berlanga, on the centennial of his birth and part of the wide-ranging Focus Spain program at Transilvania IFF, alongside Iosif Demian, and Małgorzata Szumowska.

Director, writer, film critic, and journalist Éric Rohmer (1920-2010) is one of the fathers of the French New Wave. Freed from the constraints of classic cinema, his unique style explores human nature through romantic relationships, with particular attention to the tensions between essence and appearances. “Rohmer is the best director of our times,’’ said François Truffaut in a 1973 interview. In his 50-year long career, he directed over 20 features, most of them grouped into cycles like Contes des quatre saisons and Contes moraux. Between 1957 and 1963 he was also the editor in chief of the prestigious Cahiers du cinéma.

The famous Spanish satirist Luis García Berlanga was known for his unique approach to contemporary issues such as political masquerade, religious hypocrisy, cowardice, or intolerance. Transilvania IFF will feature his 1953 debut Welcome Mr. Marshall!, which received two awards in Cannes, his 1961 Oscar-nominated Placido, as well as The Executioner, winner for the FIPRESCI prize in Venice 1963. The three films are part of the “Berlanga, the Bitter Laugh’’ program presented in collaboration with AECID, Instituto Cervantes, Acción Cultural Española, Instituto de la Cinematografía y de las Artes Audiovisuales, and Filmoteca Española as part of the Luis García Berlanga Centennial, and are presented in cooperation with the Spanish Embassy in Bucharest as part of Focus Spain, the wide-ranging program dedicated to the Spanish cinema at Transilvania IFF.

Iosif Demian, one of the most important Romanian filmmakers, started out as a director of photography   for Mircea Veroiu and Dan Pița’s Stone Wedding (1972) and made his debut with Calamity (1977), co-directed with Andrei Blaier. His 1980 debut film as a director, A Girl’s Tear, was selected in the Un Certain Regard section at the 1982 Cannes film festival. It will be included in this year’s mini-retrospective alongside a restored Rainbow Bubbles (1982), whose history was profoundly marked by Communist censorship.  Finally, Demian’s latest film Night Patrol will have its world premiere at TIFF this year.

Małgorzata Szumowska is an essential name in contemporary cinema, recognized and awarded by major festivals around the world. Her intimate and personal approach deals with subjects and characters rarely encountered elsewhere. TIFF audiences will have the chance to see her 2015 Silver Bear winner Body,  her  2018 Silver Bear winner Mug, as well as her most recent film Never Gonna Snow Again, which received a special mention in Venice 2020. The three films in this section are presented by the Polish Institute in Bucharest.