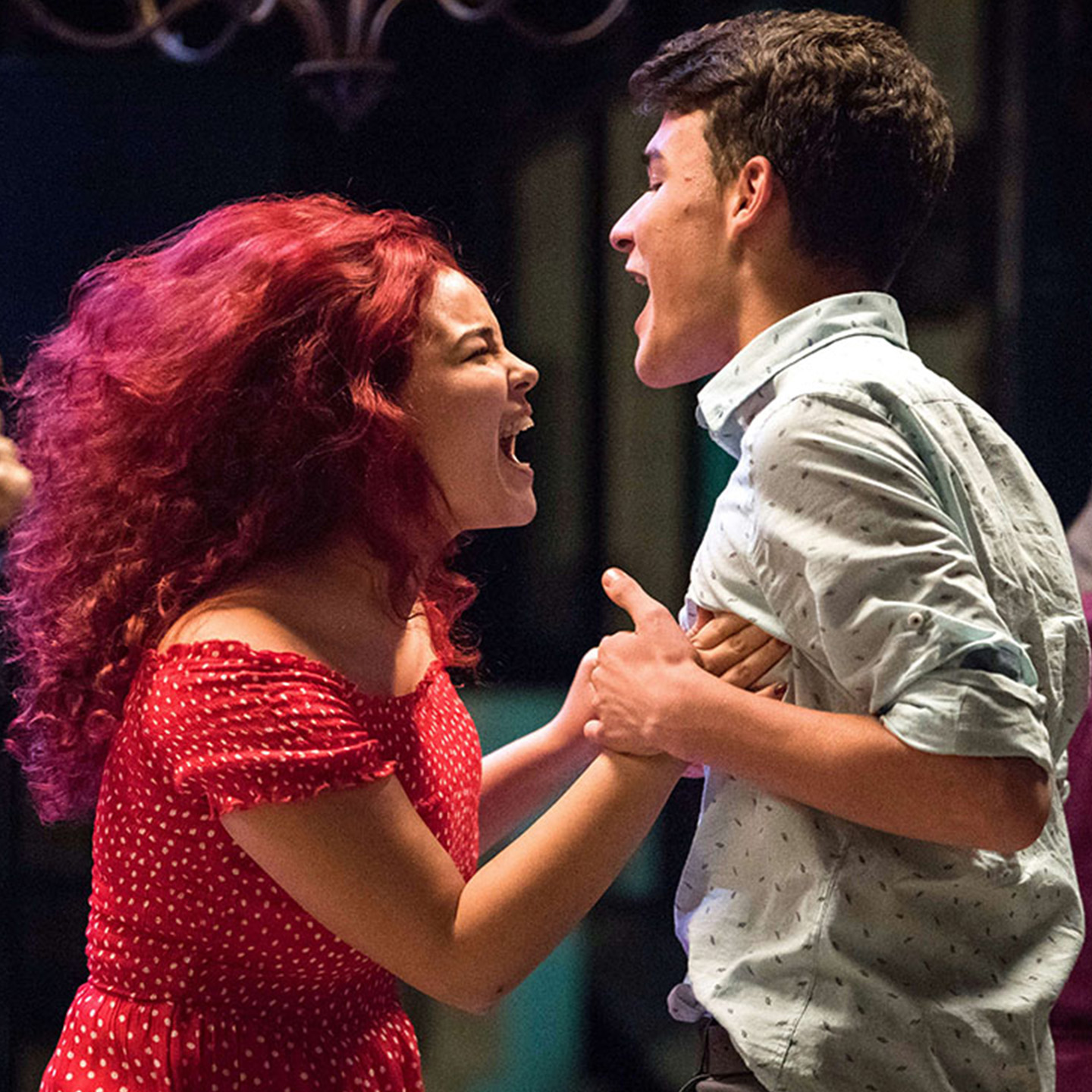 The Romanian Days section will screen 37 productions: 15 feature-length films, many of them debuts, and 22 shorts. The filmmakers will join hundreds of industry professionals in Cluj for a Romanian cinema marathon which will include five absolute  premieres as well as a selection of titles recognized by the great international festivals. Twenty-three productions compete for the three awards of the section for feature film, short, and debut.

Director Claudiu Mitcu returns to Romanian Days, this time accompanied by Mihai Mincan, his co-author for Emigrant Blues: A Road Movie in 2 1/2 Chapters, a documentary inspired by the stories of Romanians working in Spain. The film will have its absolute premiere in the Romanian competition, alongside another absolute premiere, Arrest, the second feature from Andrei Cohn (Back Home), which follows an architect (Alexandru Papadopol) who is arrested in 1983 and shares a cell with a collaborator of the secret police (Iulian Postelnicu).

Still disoriented after the death of her father, Mo, the student protagonist in Radu Dragomir’s directorial debut, ends up, together with her childhood friend, in the bedroom of a professor who just failed her. The project was selected in 2017 for the CineLink program at Sarajevo, and is now ready to shock the TIFF audiences at its absolute premiere. Răzvan Vasilescu, Dana Rogoz, and Mădălina Craiu are part of the cast.

Southerners, Transylvanians, Hungarians, Tartars, Saxons, Germans, or Jews – we all somehow manage to live with the borders that define Romania. Director Șerban Georgescu tries to figure out the way in which individual stories blend in with our collective history as Romanians in his documentary Being Romanian: A Family Journal, which features major cultural figures like Ioana Pârvulescu, Mihaela Miroiu, Sorin Ioniță, Stelian Tănase, Theodor Paleologu, or Vintilă Mihăilescu, as well as a trove of personal archives. The film will have its first official screening outside competition in the Unirii Square in Cluj — just like the world premiere of Parking, Tudor Giurgiu’s most recent feature and the opening film of the 18th edition of TIFF. Giurgiu’s film is based on on the novel Apropierea by Marin Mălaicu-Hondrari, which follows the adventures of a poet (Mihai Smarandache), an illegal immigrant in a country where he discovers both his great love and the pain of being away from home.

Then, the most recent title from Corneliu Porumboiu will be screened at TIFF right after its world premiere at Cannes. La Gomera/The Whistlers tells the story of a dirty Romanian cop involved in drug trafficking who ends up on an island in Spain to learn El Silbo, a whistling language used by the local, and which turns out to be instrumental to his plans.

Monsters., the directorial debut from Marius Olteanu and the only Romanian title running both in the Romanian competition and for the Transilvania Trophy, is a love story about compromise, social pressures, and painful revelations. This admirably rigorous film will be seen in Romania for the first time at TIFF, after premiering in the Berlinale Forum section and receiving the Grand Prix Award at Sofia this year. Recipient of the Best Director Award at Warsaw for Moon Hotel Kabul, Anca Damian, who co-signs the screenplay with Lia Bugnar, comes to TIFF with a film about an investigative journalist (Florin Piersic, Jr.) whose life is turned upside down by the mysterious death of a woman with whom he had a one-night stand.

Alice T., Radu Muntean’s most recent feature, follows the relationship between a young woman and her adoptive mother — a relationship further complicated by a troubled adolescence and an unplanned pregnancy. Andra Guți received the Best Actress Pardo at Locarno last year for her role as the titular Alice. Then, at the border between reality and fiction, Ana Lungu’s One and a Half Prince tells the story of three unconventional friends whose relationship is endangered by the death of a fourth. Starring Marius Manole, Istvan Teglaș, and Iris Spiridon (who also co-signs the script inspired by her own life), the film was screened at Sarajevo in 2018. Also inspired by reality, the debut of the co-directing duo Cătălin Rotaru and Gabi Virginia Șarga, Thou Shalt Not Kill is based on the corruption scandal surrounding hospital disinfectants in Romania, and was presented at the Warsaw International Film Festival last year.

Recently launched in cinemas, The Distance between Me and Me, directed by Mona Nicoară and Dana Bunescu, explores the friction between personal memory and official archives in a vivid portrait of avanguard poet Nina Cassian. The second documentary in the Romanian Days competition, Nora Agapi’s debut Timebox is based on the largest personal film archive in Romania, amassed by the director’s father, the photographer Ioan-Matei Agapi, who captured key moments of the Communist era as well as the history of his own family on entire kilometers of film that are today at the mercy of state authorities who are evicting him from the place where he lived and worked his entire life. The film was was recognized as best documentary at the Jihlava film festival in 2018.

Those who have yet to see the big winner of this year’s Gopo Awards, Moromete Family: On the Edge of Time, can see this sequel, done 30 years later by the same director, Stere Gulea, to the adapted saga of the family led by patriarch Ilie Moromete (Horațiu Mălăele) and his son Nicolae (Iosif Paștina), who each see the coming of communism with different eyes in this slow-burn conflict between generations. Different perspectives on history are explored in Radu Jude’s  “I Do Not Care If We Go Down in History as Barbarians” which Variety deemed “a blistering, acutely topical, meta-fictional attack on Romanian Holocaust denial and historical myopia.” The film received the Crystal Glove at Karlovy Vary and toured major festivals around the world.