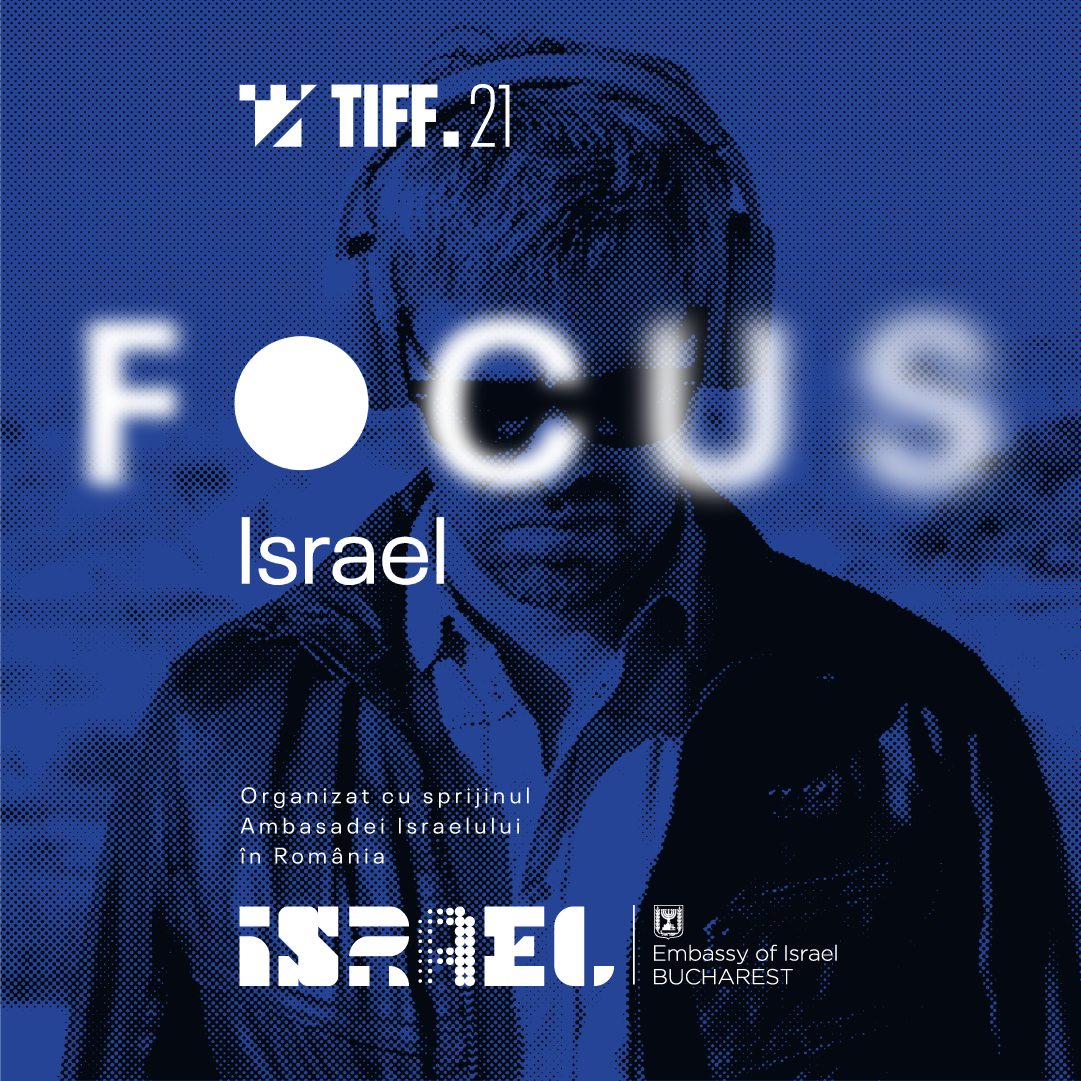 New Israeli cinema will be in the spotlight at the 21st Transilvania International Film Festival. The program includes powerful films and documentaries, a fascinating series, and meetings with directors, industry professionals and officials who will engage in discussions with audiences in Cluj-Napoca from 17 to 26 of June. Focus Israel at TIFF2022 is made possible with the support of the Embassy of Israel in Romania.

Winner of the Jury Prize at the 2021 Cannes Film Festival, Ahed's Knee is a courageous story about political censorship, but also about mother-son relationships in a divided country. A must-see signed by one of today's most prominent Israeli filmmakers: Nadav Lapid. The director won the 2019 Golden Bear in Berlin for his film Synonyms.

Focus Israel will also bring to Cluj the latest production by director Eran Kolirin, who was a guest of the festival back in 2012. Israel's nominee for the 2021 Oscars, Let It Be Morning, explores the plight of Israel's Arab population in a comic and bitter manner, following a man's attempt to return home after his home village, which he visits to attend his brother's wedding, is surrounded overnight by the army and caught in a lockdown. The film premiered at Cannes in the Un Certain Regard section.

The list of Israeli guests at TIFF2022 is opened by director Yair Qedar, who will present the festival audience with the documentary The Fourth Window, about the life and work of legendary writer Amos Oz, a symbol of Israeli consciousness. Using archival footage and interviews with Oz's official biographer, family members and famous readers such as Natalie Portman, Qedar captures in The Fourth Window the writer's life, marked by many tragedies and unparalleled success.

Known to TIFF audiences for documentaries such as Jonathan Agassi Saved My Life, Who's Gonna Love Me Now? or Mr. Gaga: A True Story of Love and Dance, director Tomer Heymann also comes to this year's edition for the screening of I Am Not, his latest film: the story of a young man diagnosed with Asperger's who travels to Guatemala with his adoptive family to meet his biological parents.

The audience will also have the opportunity to interact with Orit Fouks Rotem, director of Cinema Sabaya, winner of the Debut Award at the Jerusalem Film Festival 2021. A provocative film, Cinema Sabaya follows the dynamics of a group of Arab and Jewish women participating in a film workshop, a space where their traditional beliefs collide only to find a way of concord.

The controversial The Round Number, director David Fisher's latest documentary, questions how the six million figure defining the total number of Holocaust victims was determined. The son of survivors of the greatest human tragedy, the filmmaker interviews historians, professors and political figures in his effort to find answers.

The Israeli filmmakers’ list of new releases continues with That Orchestra with the Broken Instruments (d. Yuval Hameiri), a documentary that follows a unique musical experiment. 100 musicians, professional and amateur, have come together to put on a concert. They speak different languages and belong to different generations. They have one thing in common: they all play broken instruments. The result of their exercise is an impressive musical performance that shows that we can build wonderful things out of things we might be tempted to discard.

The Jerusalem Post calls Avi Nesher's Image of Victory "a triumph of cinema". Audiences in Cluj will discover in theatres a suspenseful story based on real events: in 1948, during the Arab-Israeli War, Kibbutz Nitzanim is conquered by Egyptian forces. A team of volunteers tries to liberate it. The story is told from two points of view: that of an Egyptian propaganda film director and that of the kibbutz community.

A US-Israel production will also be included in the Film Food section: Breaking Bread (d. Beth Elise Hawk) follows the journey of the first Muslim woman to win Israel's Master Chef. Dr. Nof Atamna-Ismaeel aims not only to cook well, but to bring about change in society through food. The film will be followed by a traditional dinner. Tickets for Film Food will go on sale soon.

Sad City Girls is one of the most popular Israeli TV series in recent years. Selected for the Cannes International Series Festival in 2021 and created by a trio of Israeli TV stars (Rivka Allen, Talya Lavie and Shir Reuven), Sad City Girls tells the story of a friendship between two young women in modern-day Tel Aviv. Sexy, dramatic, funny, their relationship is put under the microscope. 3 episodes of the series will be screened at TIFF as part of the section To be continued, dedicated to binging enthusiasts.

His Excellency David Saranga, Ambassador of Israel in Bucharest will also be present at TIFF2022. The films in the Focus Israel section will be available to watch at TIFF 2022 with TIFF Card subscriptions, already available online in limited edition on the Eventbook platform.