TIFF Talks: the teams of the films #dogpoopgirl and Unidentified 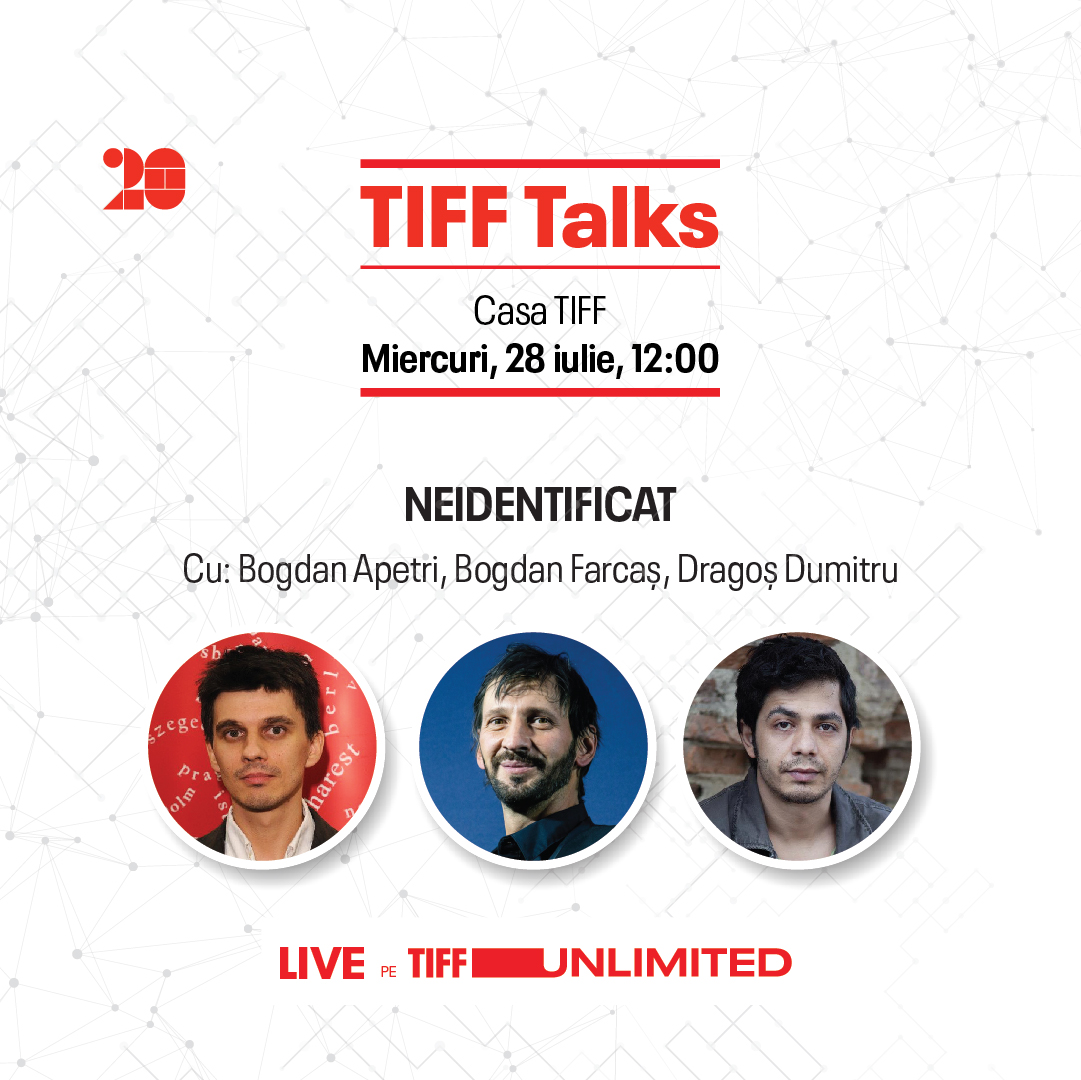 Wednesday, July 28, at Casa TIFF, the members production teams of the films #dogpoopgirl and Unidentified, film that will have its national premiere in the Romanian Days competition. Scheduled for 11 and 12 AM and broadcasted live on TIFF Unlimited, the discussions are going to be moderated by film critique Ionuț Mareș.

Winner of the Grand Prize at the Moscow International Film Festival, where Andreea Grămoșteanu also won the award for best actress, the feature film #dogpoopgirl, inspired by real life events, is the debut film of director Andrei Huțuleac. The TIFF audience has the opportunity to meet them, together with actor Cezar Antal, from 11:00 AM.

From 12:00 AM, director Bogdan Apetri and actors Bogdan Farcaș and Dragoș Dumitru share the stories behind the production of the film Unidentified, a thriller included in 2020 in the Warsaw Film Festival official competition. Access to both events is free, limited by available seats.