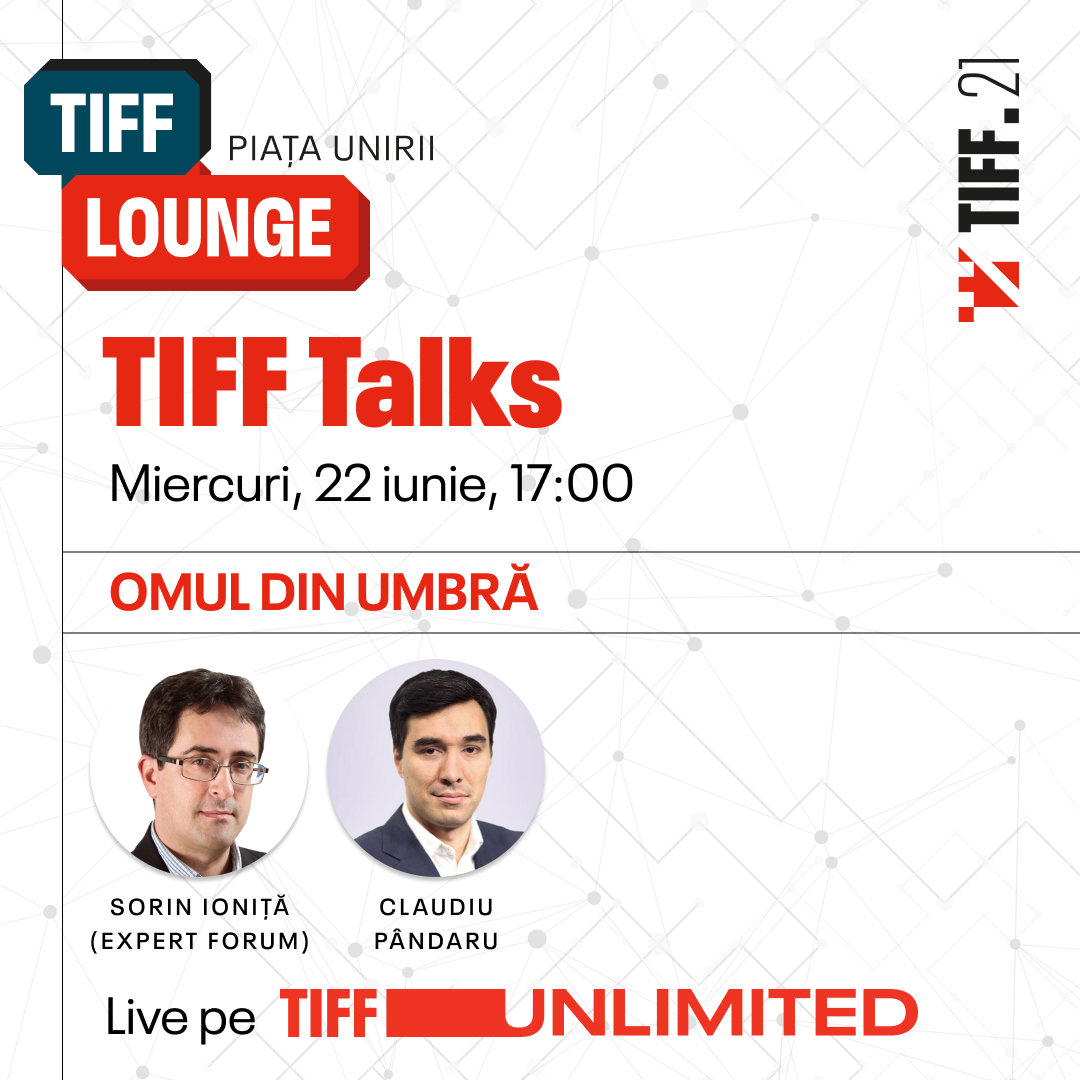 Wednesday's debate at TIFF Talks will bring mr. Sorin Ioniță to TIFF Lounge, at 17:00 –The president of the Expert Forum think tank, in dialogue with the journalist Claudiu Pândaru. Their discussion,moderated by Mihnea Măruță, will start from the subject of the film The Shadow Man (d. Byun Sung-hyun), scheduled in this evening, at 20:30, at Cinema Florin Piersic.

About The Man in the Shadows

Seo Chang-dae has only one dream: to change the world. That is why he joins the campaign of politician Kim Woon-bum and, in order to have chances in the face of the controversial party in power, Seo resorts to aggressive propaganda. Kim becomes the most influential politician in the opposition, but unlike Seo, he doesn't believe that in politics everything is allowed. The gap between the two grows, and one day the party in power makes a surprising offer: Kim to be its candidate for the presidency of the country.

Expert in public administration reform, development and local policies, Sorin Ionita is a consultant of the Council of Europe, of the World Bank and UNDP on Eastern Europe and the Balkans. He was Romania's representative in the European Economic and Social Committee (EESC), transport-energy and environment-agriculture sections; associate lecturer of the Maastrict School of Management (MSM).

With over 17 years of experience in the field of television, radio, written and online press, Claudiu Pândaru was editorial director of Mediafax Group, producer of the show "After 20 years" on Pro TV, editor-in-chief of ‘Gandul’, head of the internal policy department of Pro TV and journalist at Radio France International Bucharest. He is currently a Digi24 journalist.