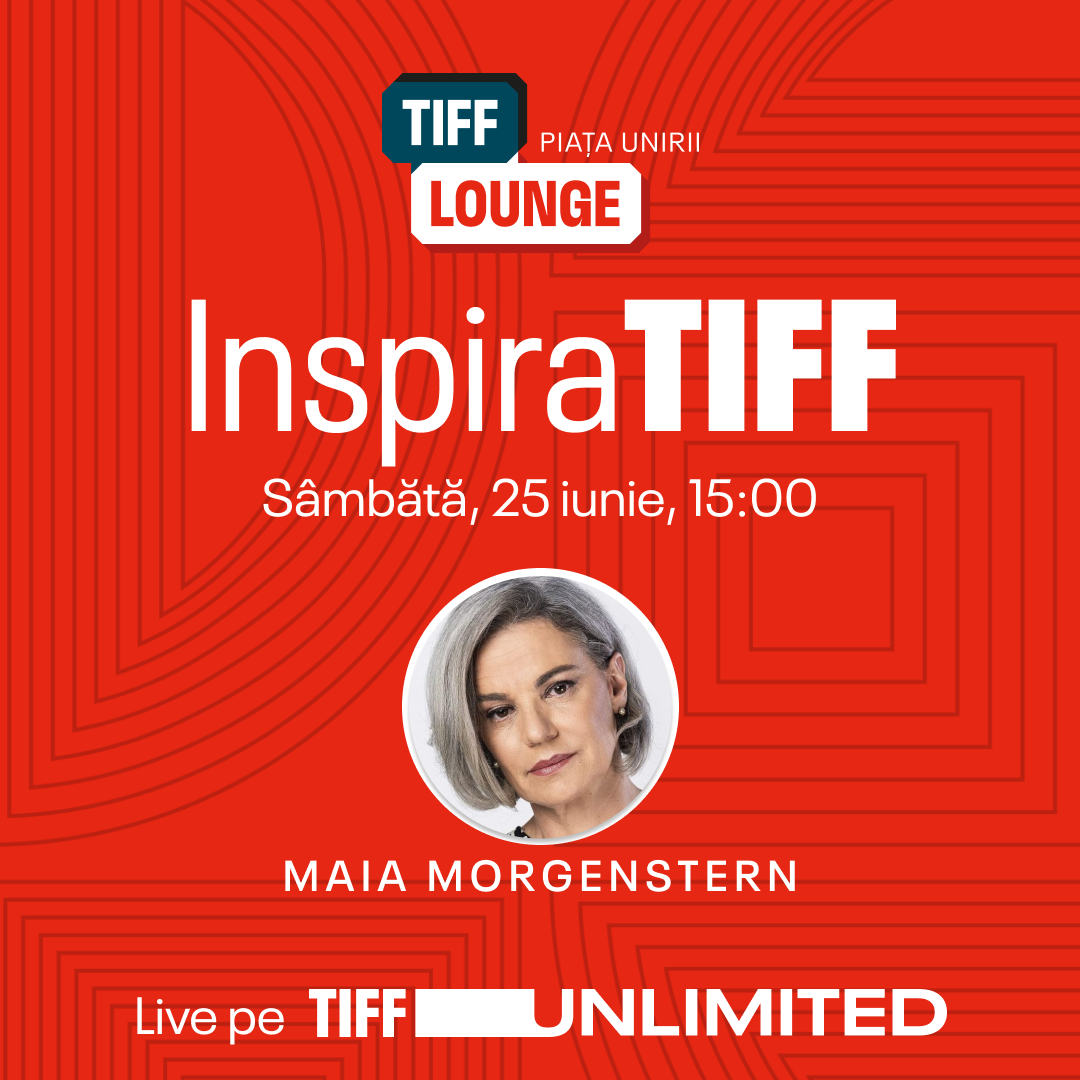 Celebrated at the 21st edition of the Transilvania International Film Festival, where she will be awarded the Excellence Award, actress Maia Morgenstern meets with the InspiraTIFF audience on Saturday, June 25, at 3PM. Film lovers from all over the country will be able to watch it live on the streaming platform TIFF Unlimited. Access to the event moderated by Cristina Stănciulescu will be free.
A symbol of domestic cinema and stage, loved and applauded by generations of spectators, the actress will participate on Saturday and at the world premiere screening of the film The Goat and her Three Kids (dir. Victor Canache), in which she plays alongside Marius Bodochi.