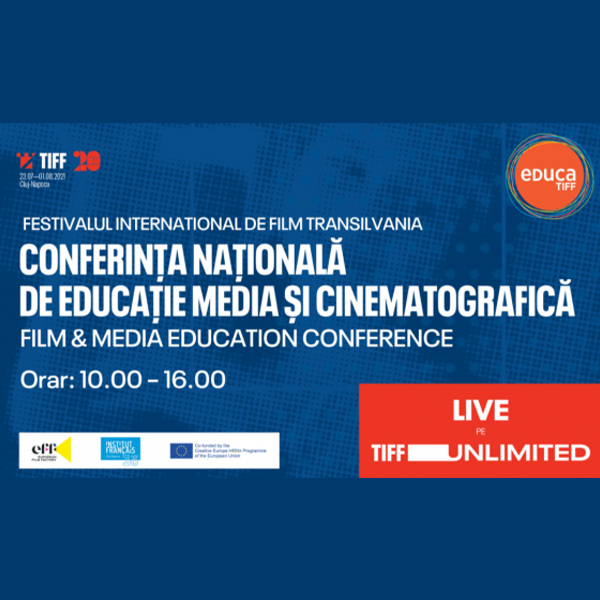 Educators and media leaders are meeting for the National Media and Cinema Education Conference organized during the 20th edition of the Transilvania International Film Festival (July 23-August 1). The event, planned for July 26 at Hotel Platinia in Cluj-Napoca, looks at implementing an optional school curriculum for learning through cinema. Initiated by the Association for Romanian Film Promotion through the EducaTIFF program in partnership with the European Film Factory, the conference addresses the dire need of audiovisual education of Romanian children.

The conference is live on TIFF Unlimited and on our Youtube channel.