Thursday, 12:00AM @TIFF Talks: The team of the film You are Ceaușescu to me 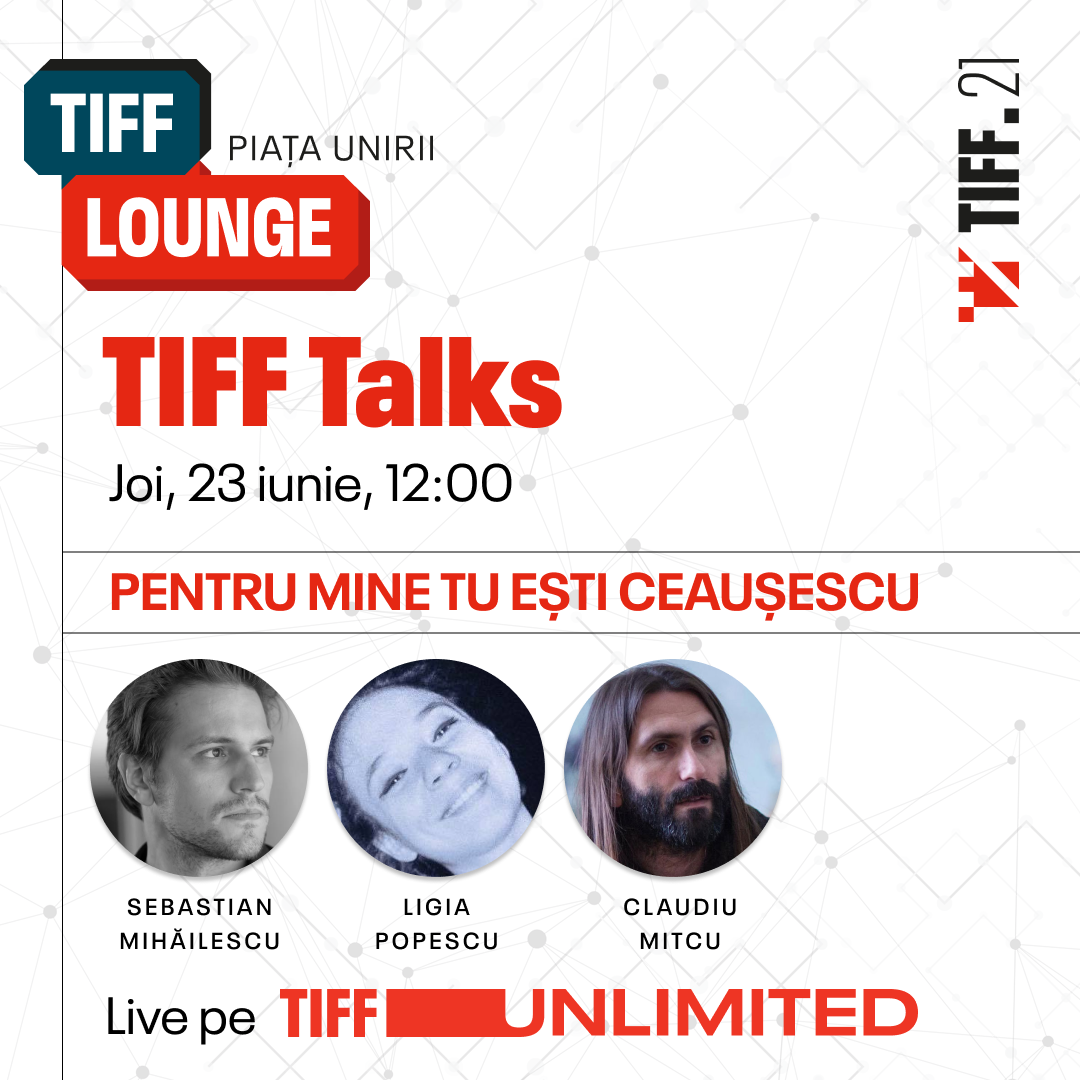 The series of meetings with Romanian filmmakers invited to TIFF continues on Thursday, at 12:00, at TIFF Lounge. Get ready to meet the creators of the Documentary You are Ceaușescu to me, the only documentary present both in ZFR and What’s up, Doc? section, which has become competitive since this edition. Invited to the public discussion, moderated by film critic Ionut Mareș, will be director Sebastian Mihăilescu, editor Ligia Popescu and producer Claudiu Mitcu.

You are Ceaușescu to me is a hybrid documentary in which young people between 15 and 22 years old, coming from different backgrounds, participate in auditions for the role of Nicolae Ceaușescu in his youth, in the middle of 1930, trying to find the motivation behind his actions. The result is at the same time a portrait of the new generation and a snapshot of the legacy of the former Romanian communist leader.