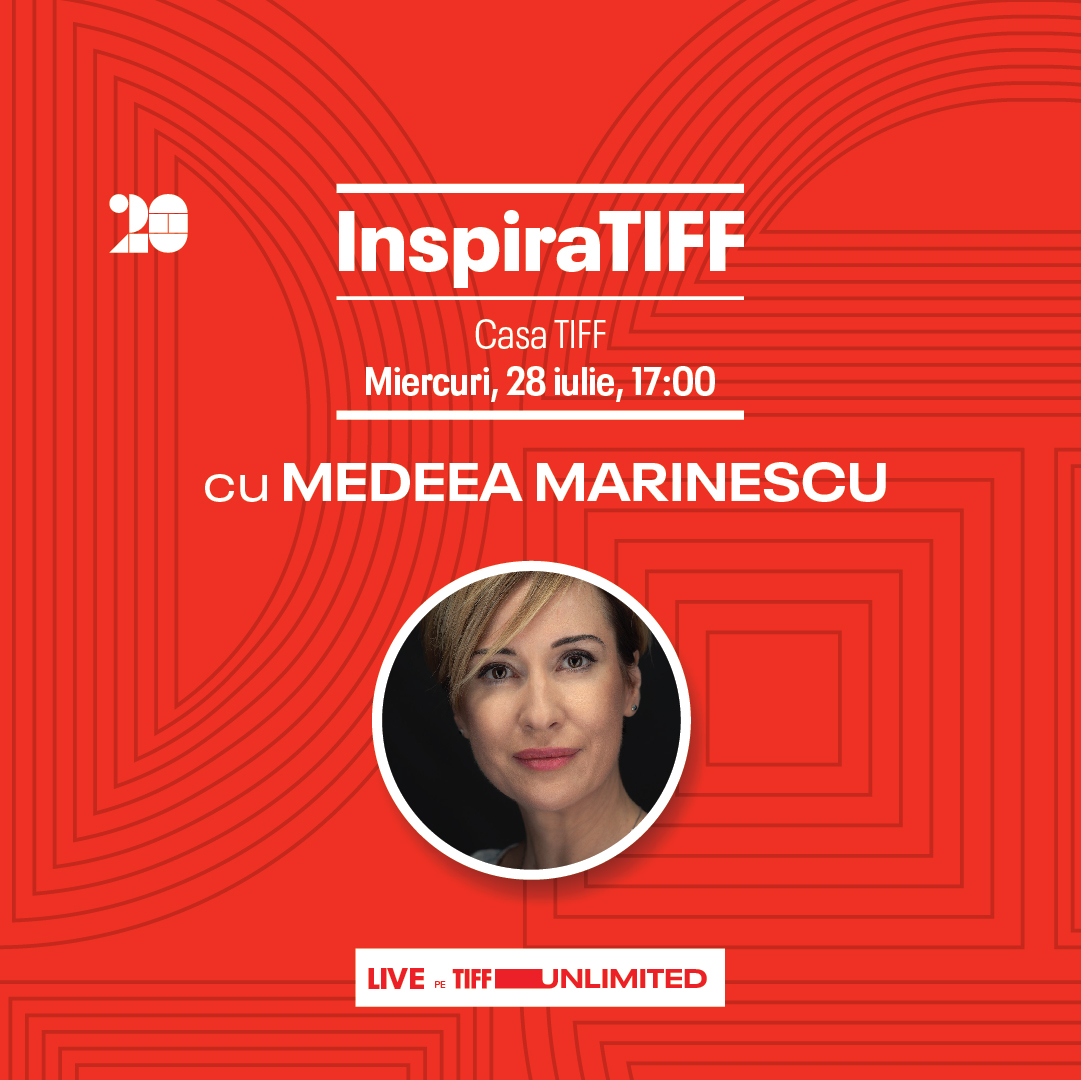 Actress Medeea Marinescu is the special guest at InspiraTIFF, Wednesday, July 28, 5 PM, at Casa TIFF. The discussion, moderated by journalist Alexandra Tănăsescu, will be broadcasted live on TIFF Unlimited.

Being one of the most loved and appreciated film and theatre actresses in Romania, Medeea Marinescu made her debut on the big screen at the age of 3, in the film Iarna bobocilor (1977, dir. Mircea Moldovan), becoming one of the so-called wonderkids of  Romanian cinema. She was remarkable in her college years and had wonderful performances in Romanian and French productions. Some of her more recent roles were in the TV series Tuff Money, directed by Daniel Sandu and in the movie Zavera, directed by Andrei Gruzsniczki.