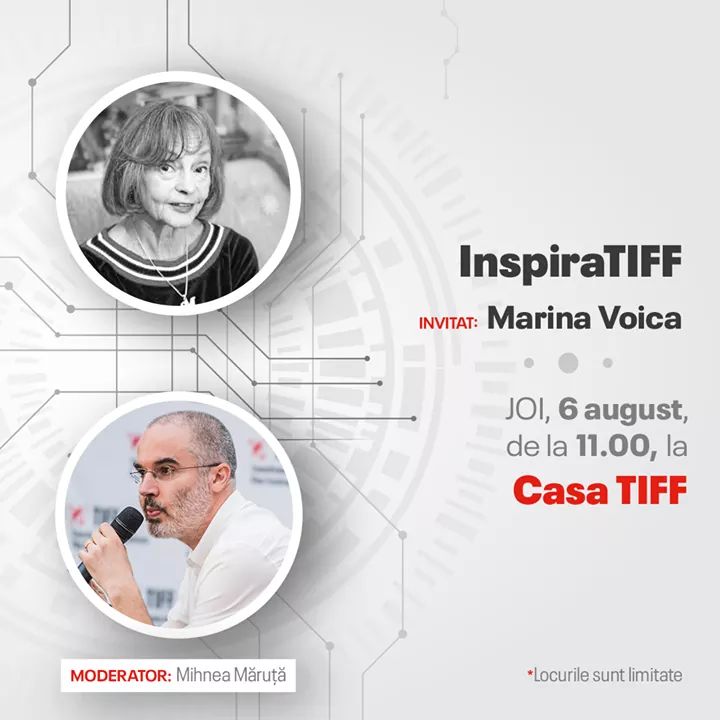 With a career spanning six decades, while she has been shining on the stages of major festivals and won countless awards of excellence, the incredible artist Marina Voica, comes to meet the InspiraTIFF audience tomorrow, August 6, at 11:00, at Casa TIFF. Access to the event is free, subject to availability.

A star of the golden generation of Romanian music, Marina Voica has recorded, throughout her impressive career, over 850 songs, released on a series of 27 discs, 3 cassettes, 6 CDs, radio and TV. Her hits have been heard by music lovers in the country and abroad, at national and international competitions and on the stages of famous festivals. An exceptional performer, a talented composer, but also an inspired and original lyricist, Marina Voica performed for a long time on the stage of the Constantin Tănase Theater, but she also shone on the big screens.

Tomorrow morning, the artist will surprise her audience with stories from behind the scenes of her impressive artistic activity, but she will also answer questions from the public.