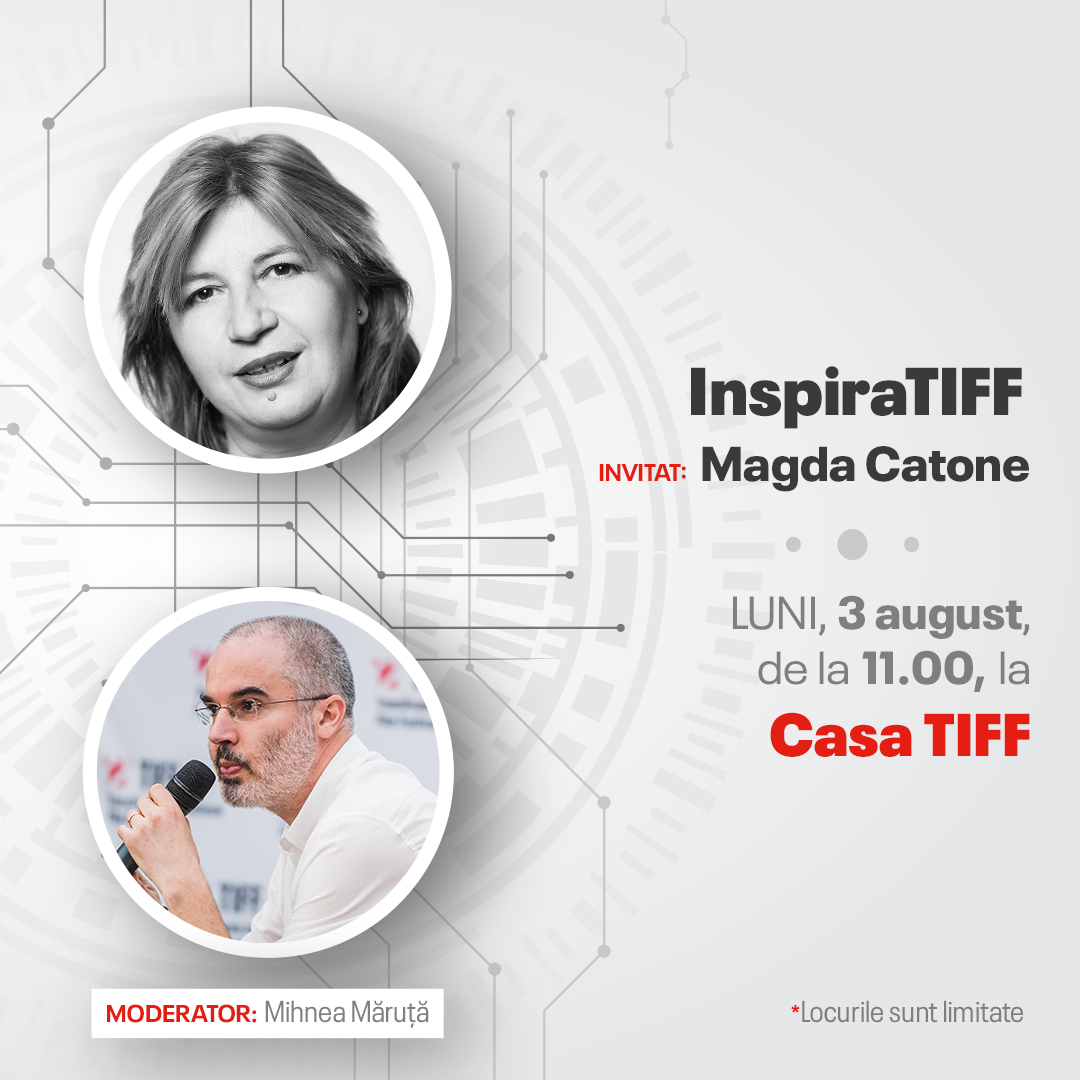 A great presence on stage and a key figure of the Romanian cinema, actress Magda Catone will meet and talk with the InspiraTIFF audience Monday, August 3rd, from 11 AM, at Casa TIFF.

With an impressive career which includes memorable roles in movies and TV but also prizes for her performances in theatre, the actress is close to celebrate forty years of artistic activity. She made her debut in 1981, in the hit movie ”De ce trag clopotele, Mitică”, when she was still in acting school. Her name rose over the years as she became one of the most appreciated and known actresses in Romanian cinema history. At TIFF 2020, the audience can watch her perform in „So what’s freedom”, Andrei Zincă’s newest movie.