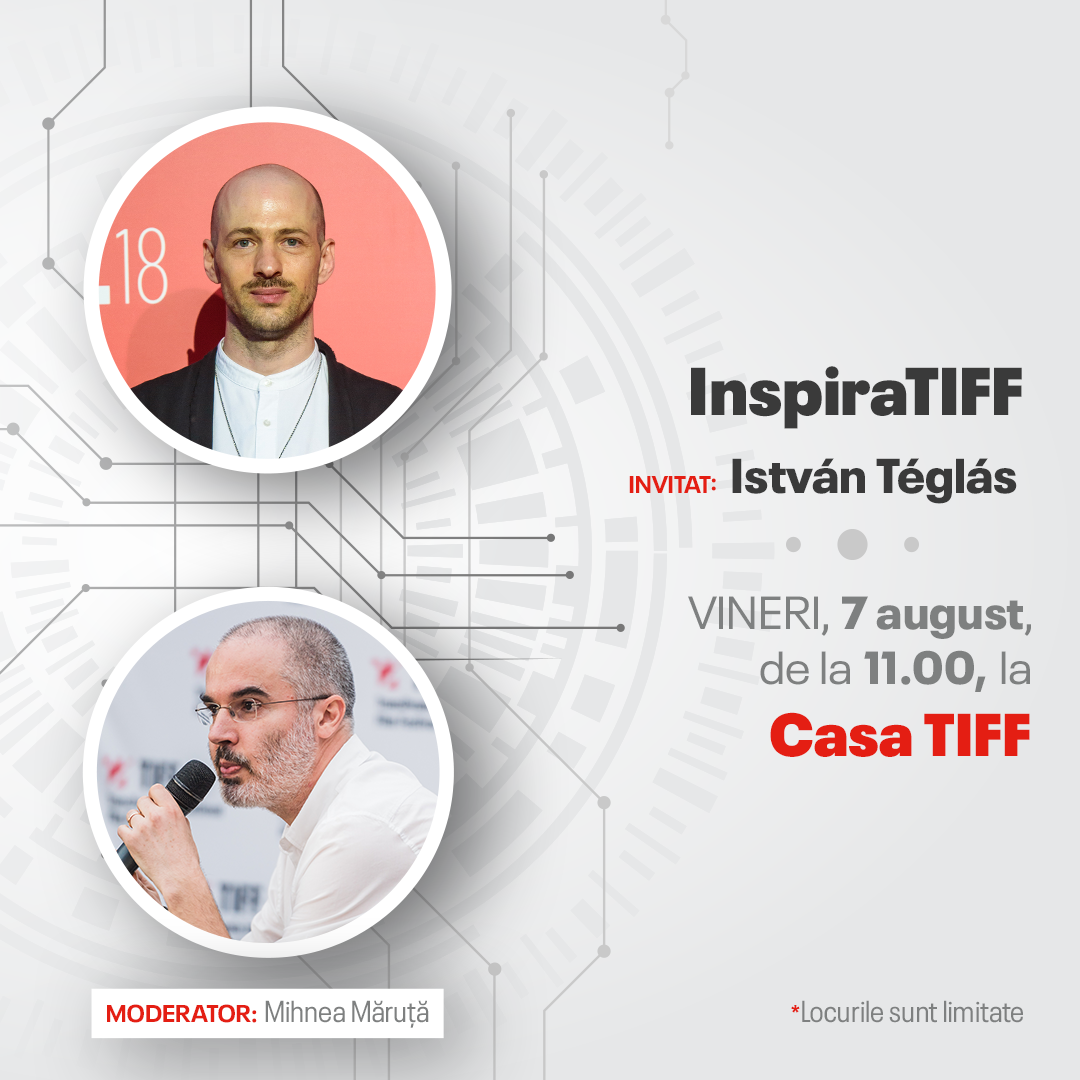 Tomorrow, August 7, at 11:00, the guest of journalist Mihnea Măruță at InspiraTIFF is the actor István Téglás, present at this edition as part of the cast of Malmkrog, the latest film of director Cristi Puiu. The public will be able to meet him at the TIFF House, where access will be free.

István Téglás graduated from the Acting Department of the University of Theater Art Târgu-Mureș and was an employee of the Odeon Theater, and currently employed at the Bucharest National Theater, where he plays in multiple shows. He can also be seen in shows at the Odeon Theater, Apollo111, the Metropolis Theater or ARCUB, as well as in dance-theater and film projects.

Among his most recent films we must note Malmkrog (r. Cristi Puiu, 2020), screened for the first time in the section of the Romanian Film Days, and La Gomera (r. Corneliu Porumboiu, 2019), which this year brought him the Gopo Award for Best Actor in a secondary role.