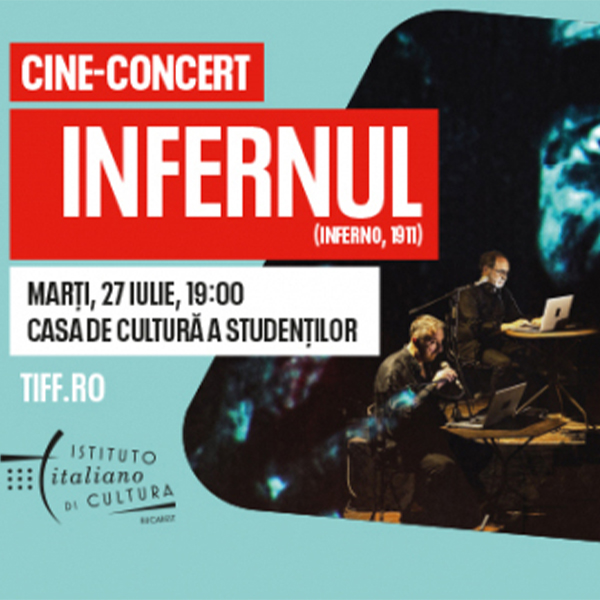 Dante Aligheri’s universal legacy is celebrated 700 years on in a cine-concert presented by Edison Studio. The artistic collective will accompany live the screening of the 1911 Inferno, the first Italian feature-length film, presented in a digitally restored version. A gem of silent cinema, Francesco Bertolini, Adolfo Padovan, and Giuseppe De Liguoro’s film gets a new soundtrack that propels it into a dream  dimension due to a continuous short-circuiting of recreated voices, surreal sound landscapes, and ambient sound that push the conventional limits of cinema.

Presented by the Italian Cultural Institute in Bucharest.