Friday at TIFF Talks: the teams of Întregalde and No rest for the old lady 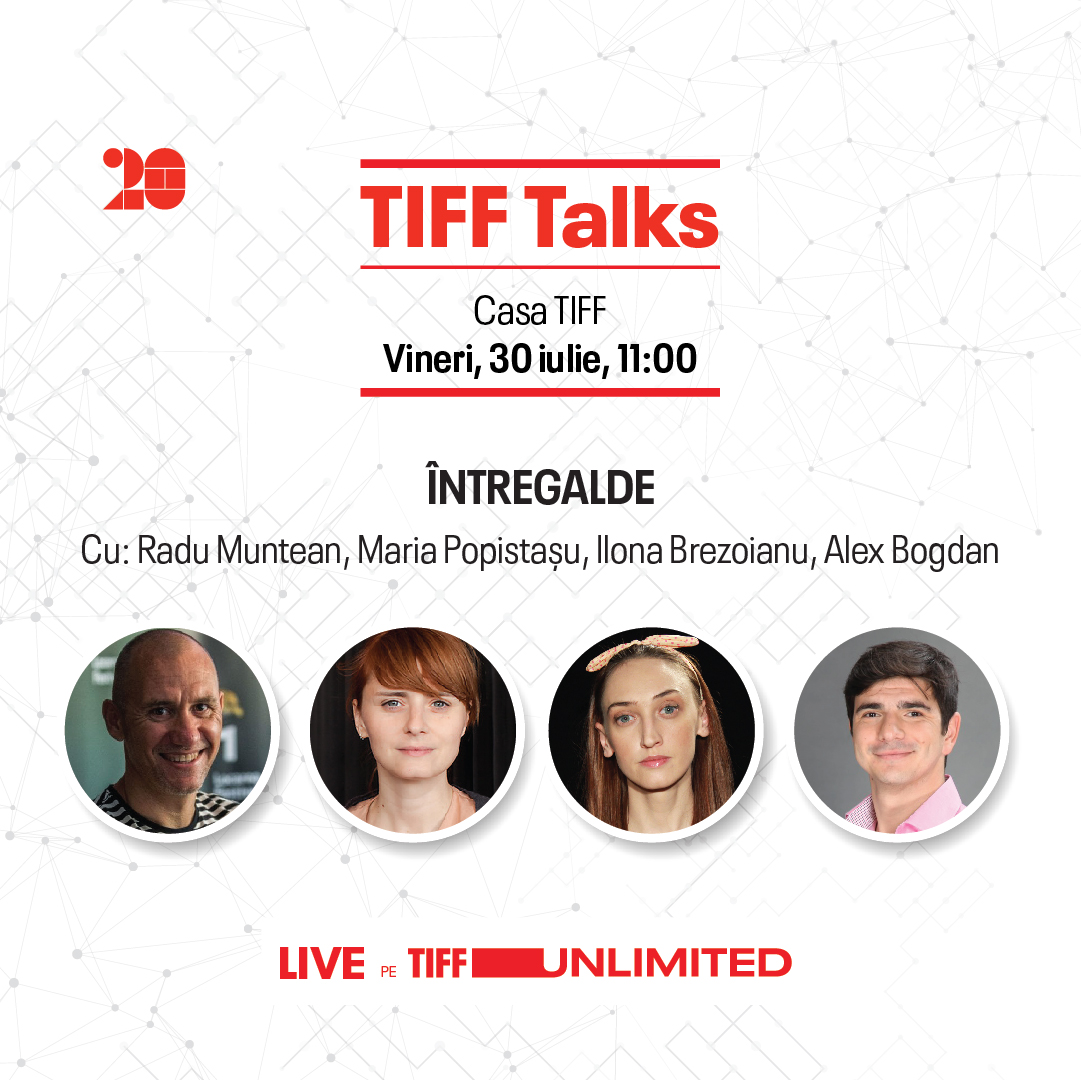 Director Radu Muntean and actors Maria Popistașu, Ilona Brezoianu and Alex Bogdan are invited tomorrow, Friday, July 30, 11 AM, at TIFF Talks. Cinema lovers who will be present at Casa TIFF and those watching from home on TIFF Unlimited, will hear exclusive behind the scenes details from the movie Întregalde, in a discussion moderated by film critique Ionuț Mareș. The movie, freshly returned from the Cannes festival, where it had its world premiere in the section Quinzaine des Réalisateurs, will be screened for the first time in Romania, Thursday, 6:30 PM at the Students Culture House and on Friday, 9:45 PM at USAMV Open Air.

At 12:00, the audience will meet director Andrei Gruzsniczki, and actors Valer Dellakeza and Mircea Andreescu, main actors in the film No rest for the old lady. In Cluj, the film will be screened today, July 29, 7:30 PM at Victoria Cinema and tomorrow, July 30, 2:30 PM at Arta Cinema.