Moonwalk one – a psychedelic walk on the moon 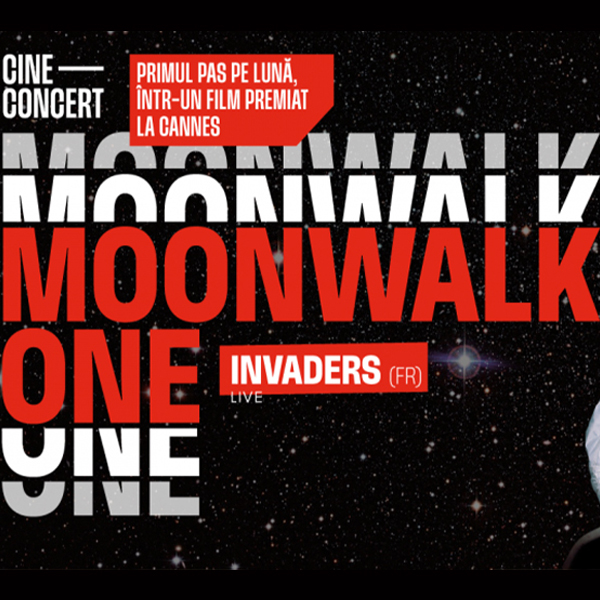 Theo Kamecke is a new York director from the ’70. Originally a sculptor, he made his film debut in 1964, directing the film To be alive!  Although his career was short-lived, his second film, Moonwalk one (1971), made its mark on the history of cinema, which is why today we celebrate it with a cine-concert, with the music of the invaders, almost 53 years after the landing.

As you might guess from the name, Moonwalk one documents the American project of the Moon journey as a record of humanity’s great achievement. He details the launch of Apollo 11 in July 1969, following astronauts Neil Armstrong, Buzz Aldrin and Michael Collins on their journey to the Moon. Specifically, the film details both the activities of the astronauts and the mission control during the pre-launch sequences and the launch itself, as well as the daily activities aboard the lunar module and the moonwalk, thus providing an overview of the mission.

The new Yorker also explores some of the early stages of the Apollo program. These include medical testing of astronauts in space conditions, as well as fitting, testing the space suits used. Last but not least, the film contains clips taken from the SF television shows Flash Gordon and Buck Rogers, as well as a long segment about American rocket pioneer Robert Goddard, which adds a cultural dimension to the recording of historical events. The documentary becomes a time capsule NASA longed for.

The film was restored in 2009 under the supervision of Kamecke himself, who died eight years later. TIFF proposes screening with the musical accompaniment of the French band Invaders. For those who don’t already know them, Invaders is a musical project managed by the group’s drummer Nicolas Couret. The musical proposal is an alternative electro rock with influences from grunge and indie music.

In addition to drummer Couret, the band consists of two other super talented musicians: pianist David Euverte and guitarist Nikko Bonnière. The group is dedicated to Cine-concert projects that create soundtracks for films such as moonwalk one. His discography also includes the album Carnival of souls, whose sound is inspired by Herk Harvey's 1962 cult film of the same name.

Following the Carnival’s musical footprint, the trio aims to approach the journey to the moon from an interstellar sound perspective reminiscent of Pink Floyd, loaded with fine textures, all-encompassing rhythmic patterns and psychedelic alternation. The concert can be watched today at the Students’  House, from 7PM.