Winners of the TIFF 2020 Local Competition 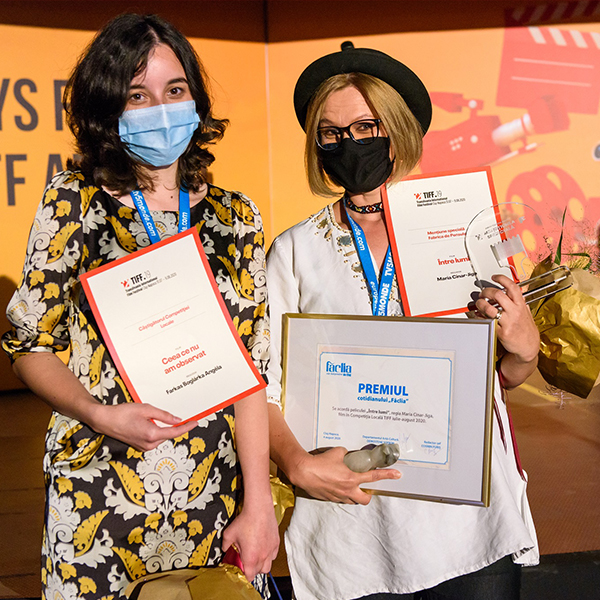 The prize of the Local Competition, worth 1500 euros, offered by Banca Transilvania, was awarded to the director Farkas Boglárka Angéla, for the film ”Ceea ce nu am observat” (What I did not notice), a story focused on the disappearance of loved ones and the memories left behind. The award was presented to the winner at the Awards Gala organized on yesterday, August 4, at the Art Museum.

The Brush Factory in Cluj also offered a special mention, worth 300 euros, to the documentary ”Între lumi” (Between Worlds), made by Maria Cinar-Jiga, which captures the contrast between the beauty of nature and the ciclicity of the turmoil of those who are stubborn to stay in a village of ethnic Ukrainians in Romania. The director was also awarded a special prize offered by the Făclia newspaper.