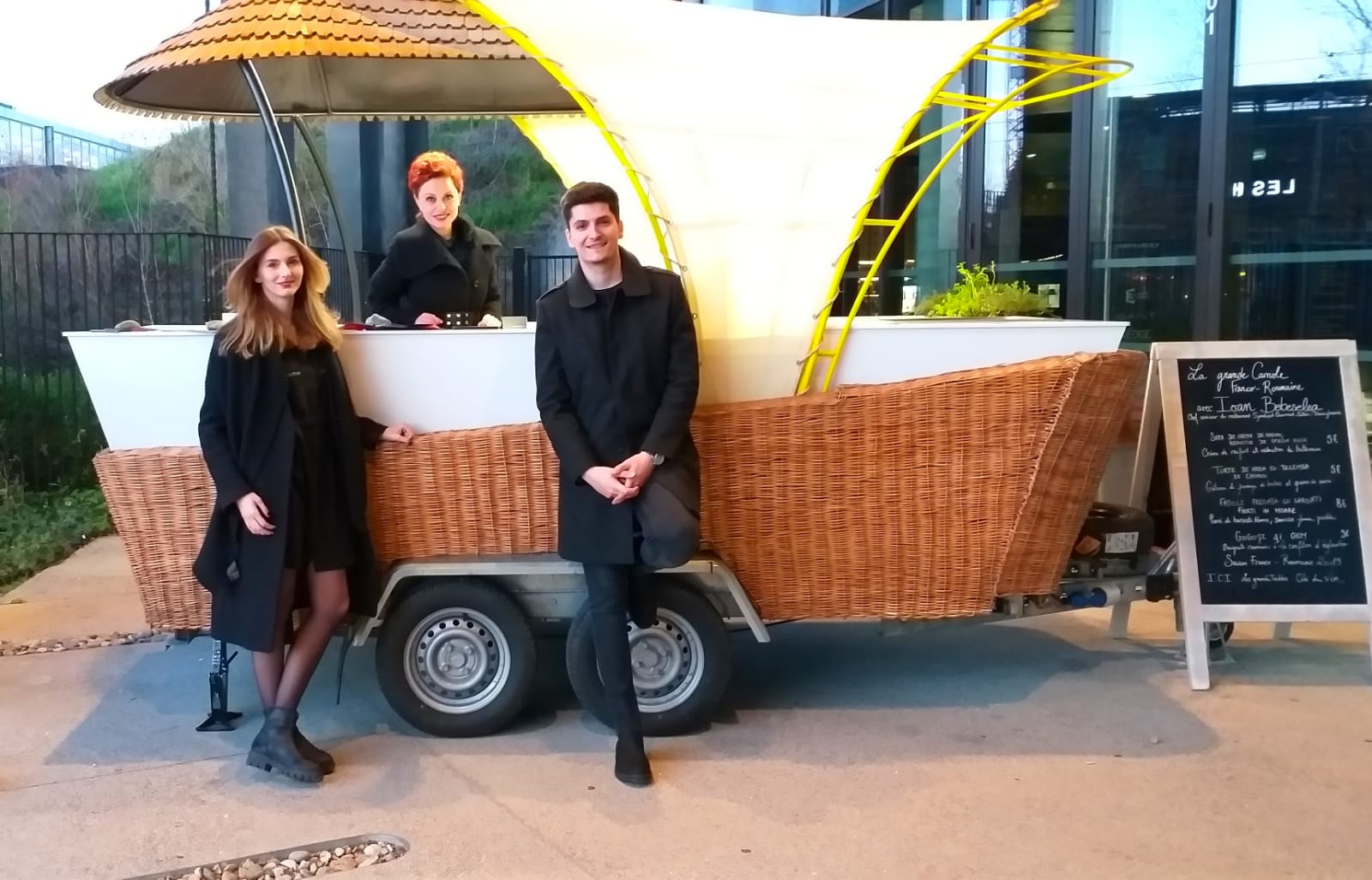 The French-Romanian Culinary Caravan will offer specialties prepared by famous chefs from the two countries, while visual arts will meet cinema in the show An Evening in My Parents’ Studio — all part of the Romania-France Season 2019

In a four-months itinerary that includes Paris, Bordeaux, Calais, Montpellier, and Marseille, the French-Romanian Culinary Caravan stops at TIFF 2019 between May 31-June 9. This food and design project that proposes traditional cuisine reinterpreted by Romanian and French chefs is the result of a collaboration between artistic director Marie-Josée Ordener and designers Maria Decu and Mihai Dumitrache (MD Studio), who created the food truck for the event. A guest French chef and a local partner will offer audiences a unique cultural experience: between May 31-June 2, Georgiana Viou, the famous Benin-born Marseille chef and founder of Georgiana, will pair up with Cluj chef Horia Simion to prepare gourmet food for cinephiles attending Romania’s foremost film event.

Art Show: An Evening in My Parents’ Studio

The show An Evening in My Parents’ Studio is at the confluence of painting and cinema, as well as at the confluence of two generations of artists: the couple Maria Manolescu and Romelo Pervolovici (who came together in 1998 as Group 2META) and their children, an architect and a director. This project curated by Georgiana Buț starts from Eva Pervolovici’s film, which uses autobiography to explore the visual art practices of her parents, as well as the means of transmission for artistic imagery.  Radu Pervolovici’s set design alternates painting and film to bring forth the linkages between the two media and the artistic dialogue between the two generations. The discourse moves between two spaces, each dedicated to one of the parents: My Father’s Paintings (La Cave Gallery in the Cluj French Institute, Str. Ion I. C. Brătianu 22) and My Mother’s Paintings (Gallery 45, Str. Iuliu Maniu 45).

The project is supported by the META Cultural Foundation in Bucharest with the participation of AFCN. AFCN also financed the film from Romania, alongside the Paris City Hall on the French side.

Focus France, the French-Romanian Culinary Caravan, and An Evening in My Parents’ Studio exhibitions are presented at TIFF  as part of the Romania-France Season 2019 with support from the Ministry of Foreign Affairs, the Institut Français, and Groupama. Details at www.sezonulromaniafranta.ro