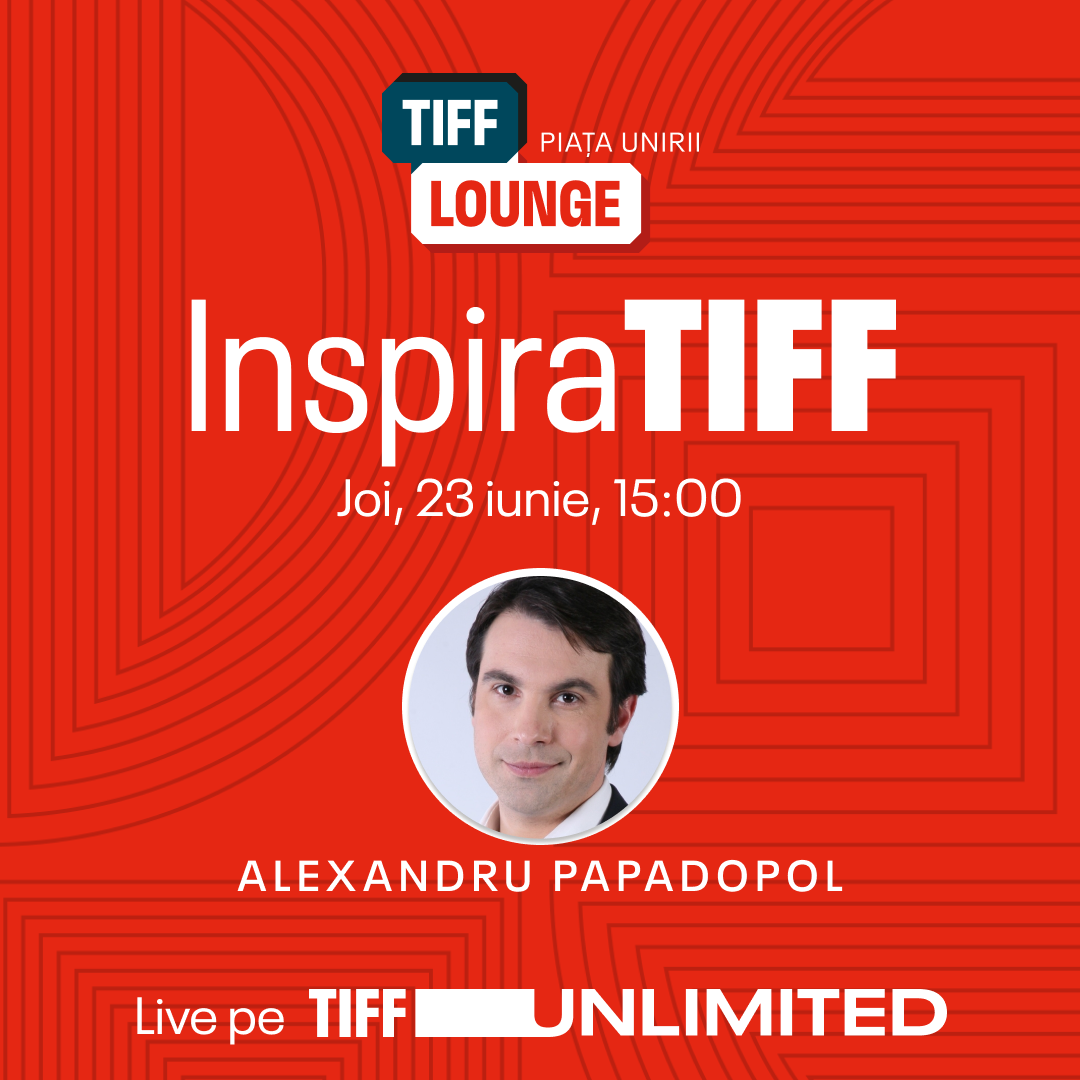 The dose of InspiraTIFF on Thursday is provided by actor and producer Alexandru Papadopol, one of the protagonists of A Higher Law feature film (r. Octav Chelaru), presented at TIFF in the official competition and ,also, in the Romanian Days section. Come and meet him at TIFF Lounge at 15:00 and find out about his career in film and theater, as well as other projects he works on during this period. The event will be moderated by Cristina Stănciulescu.

One of  the most famous and appreciated actors of his generation, Alexandru Papadopol made his film debut in 2001, when he was still a student at U.N.A.T.C. The role from Marfa și banii (r. Cristi Puiu) brought him the first opportunity to walk on the red carpet in Cannes, a festival to which he returned the following year with Occident (r. Cristian Mungiu).

In 2010, together with Dorian Boguţă and Dragoș Bucur, he founded Actoridefilm.ro – the first private film acting school in Romania.