Limits is a comical and caustic one-woman show about the Romanian school.

During the documentation process for this performance, we interviewed dozens of pre-university teachers, inspectors and representatives of institutions that play a decisive role in the Romanian educational system. Thus, we tried to capture an image of the educational realities we face and the complex relations between teachers, children, parents.

We discovered an incident that became emblematic for the helplessness and addiction that we, the ones who gravitate around school, often come across. A teacher lived the worst professional and human experience of her life; the incident did not hit the headlines or the gossip news. It dissipated in silence, leaving multiple scars.

Limits has a real case as starting point and widens the analysis over the Romanian educational system, with its multiple divergences, incongruities, discrepancies, attempts to reform and transcend inherited errors.

Limits talks about the school where nobody seems to find a place anymore. Or a meaning.

Bio: Replika Center is an independent, interdisciplinary space, promoting the collaboration between professional artists and members of vulnerable communities and encouraging a theatre for the young audience, deeply involved in our society.

We strongly believe in mutual education through artistic means, in art as a form of empowering ignored social groups, by voicing their needs and expectations. We believe in the activist artist, mirroring the society and transgressing our realities, we believe in educational utopias becoming reality, in pedagogy as a shared process of raising community stories, in a theatre based on cooperation and respect for everybody’s story.

Replika Center’s work has been recognized by the Romanian Ministry of Culture, through AFCN (The Administration of the National Cultural Fund) by offering, in January 2016, the Award for Social Inclusion and Intercultural Dialogue. In March 2016, Replika was nominated for The Award for Cultural Programs and Festivals offered by The Romanian Cultural Radio.

In May 2018, within the UNITER Gala Awards, Replika Center received the British Council Award.

The event is part of the Reform to Perform project. 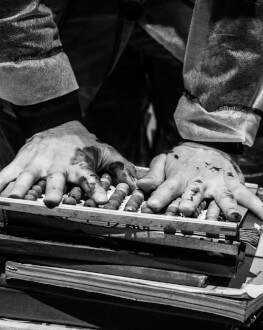