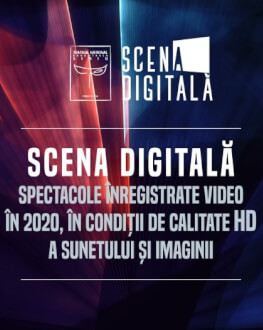 A performance by Alexandra Badea

“On the Other Side of the World” is a theatrical road trip, an initiatic performance at the end of which the characters are empowered to act and change something both on the inside and on the outside. Having lost her boyfriend in the Collective fire, Iris, while in Vienna, gets carried away by her meeting with an enigmatic girl, Zoé, and goes on a camper van journey through Europe. This experience brings her meetings with special people who build new utopias when the state refuses to protect the most vulnerable.

The journey takes Iris through a transformative process, as she leaves from an autonomous space in Austria, where she discovers the political battles of environmental activists and new ideological concepts that give rise to heated debates, going to France, where she spends some time in a refugee camp and falls in love again, and later to Ireland where, in a shelter for vulnerable women, she helps a Romanian worker return to her home country. Facing eccentric characters and listening to their extraordinary life stories, she finally finds an answer to the questions floating in her head and refinds the courage to give meaning to her actions.

‘“On the Other Side of the World” is a multimedia introspective performance in which, during a road trip around Europe, through their meetings with characters based on real people and stories rarely told in Romania, I hope spectators will once again find the momentum that we have all somehow lost during the pandemic, the momentum to leave passivity behind and do the essential, both for ourselves and for others.’ – Alexandra Badea

Performance done with the support of the european project Be SpectACTive!