Shiraz. A Romance of India Cine-concert 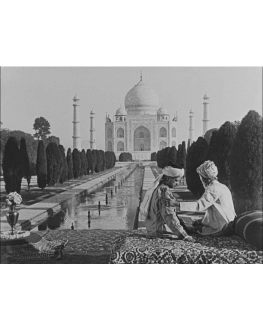 Shiraz is a powerful story, based on the romanticized legend of the genesis of the most beautiful monument in the world dedicated to love: the Taj Mahal. Shiraz, the son of a potter, is like a brother to Selima, a girl of noble origins, rescued from an ambush in her early childhood. In time, Shiraz falls in love with Selima, and when she is kidnapped by slaves and sold to Prince Khurram, Shiraz follows her to Agra, where he risks her life to protect her. Selima is faced with a difficult choice: will she accept the prince's love or will she return to her childhood love?

The solution used by the band Foley'Ala for sound design is close to the specific way of creating the sound environment for the radio theater (live foley), in which, over a prefabricated layout, digitally processed acoustic musical elements, sampling technique combining with live instruments. The electronic approach aims to reach unique areas of exploration, characteristic for the synthesizers era, but citations from established themes or archetypal cultural references are not avoided. Video film nostalgics will be happy to discover that the reading of the introductory text, selected from the novel "Harun and the Sea of Stories" by Salman Rushdie, is made by the unmistakable "Voice of Movies", Irina Margareta Nistor.