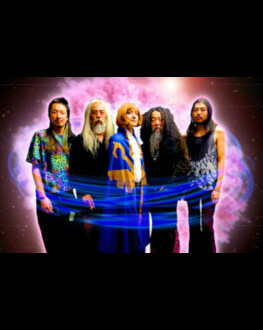 #psychedelicrock #experimentalrock #orientalrock #krautrock
________________
• Acid Mothers Temple & the Melting Paraiso U.F.O. (and subsequent offshoots) is a Japanese psychedelic rock band, the core of which formed in 1995.

The band is led by guitarist Makoto Kawabata and early in their career featured many musicians, but by 2004 the line-up had coalesced with only a few core members and frequent guest vocalists.

The band has released albums frequently on a number of international record labels as well as the Acid Mothers Temple family record label, which was established in 1998 to document the activities of the whole collective.

Acid Mothers Temple Official enter a new phase in 2018 with the arrival of singer Jyonson Tsu, who's progressive, theatrical solo shows on classical guitar and vocals, using his own invented language, have attracted great accolades and reviews in their own right, and since the bands first shows together in Japan in December 2017 seem to have ushered in a new era for Acid Mothers Temple.

Makoto Kawabata formed Acid Mothers Temple in the early 90's and has gone through countless lineups not to mention collaborations with everyone from Gong to Guru Guru. A relentlessly touring and truly cult outfit, AMT also boast over 30 album releases and show no sign of slowing down.