The Secret of Kells 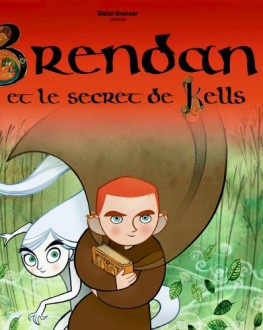 The 9th century, in a remote part of Ireland. 12 year-old Brendan lives quietly in the fortified Kells Abbey. He is hard at work with the other monks to fortify the abbey walls as protection against Viking raids. But he is called to a new life of adventure with the arrival of Brother Aidan, a celebrated master illuminator and keeper of an extraordinary, but unfinished book. Aidan initiates Brendan into the art of illumination, awakening a prodigious talent and soon Brendan realizes it is he who must finish the magnificent book...