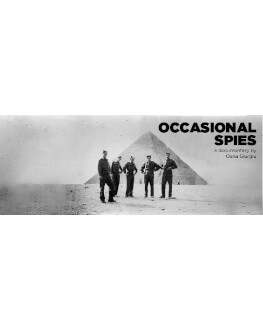 In the spring of 1944, the fate of many Allied pilots who fell in Eastern Europe was unknown. The MI9 office in Cairo decides to recruit agents from among the Zionists who had emigrated from these countries to Palestine before the war. Their mission? Find the prisoners and organize a potential escape. The occasional spies will soon find themselves caught among war, politics and personal life.