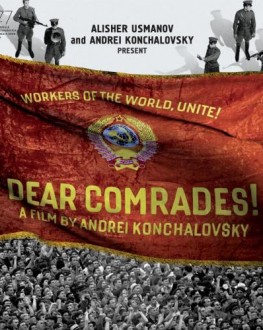 A provincial town in the south of the USSR, 1962. Lyudmila, a devout Communist Party official, is a scourge of anything she perceives as anti-Soviet sentiment. Together with other local Party officials, she is taken by surprise by a strike at the local factory, in which her own daughter is taking part. As the situation quickly spirals out of control, Lyudmila begins a desperate search for her daughter in the face of mass arrests, and the authorities’ ruthless attempts to cover up the state violence.