My Father the Spy 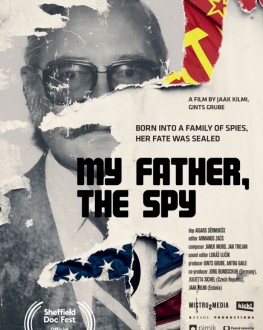 As a young Soviet student in 1978, Ieva could not have predicted that a holiday visit to her father, Imants Lesinskis, then working in the Soviet mission at the United Nations in New York City, would irreversibly split her life in two. Entangled in a dark spy game, Ieva is forced to leave her former life behind, never to see her mother or her homeland of Latvia again. Here is a daughter's dramatic story of her double-agent father. Ieva sets out on a journey to the past, confronting family secrets, lies and betrayal.