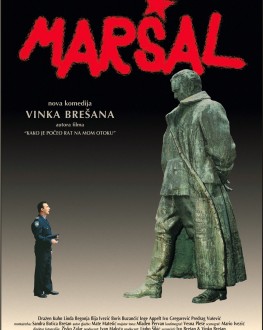 Stipan is a policeman who arrives on a small Adriatic island in order to investigate reported strange phenomena that had frightened the locals. At first, nobody wants to co-operate with him, but he finally discovers that the island is being allegedly haunted by the ghost of Tito, Communist leader of former Yugoslavia. For Luka, the mayor, this is the opportunity to turn the entire island into a Tito-themed amusement park. Tito's WW2 veterans, on the other hand, don't believe in ghosts; for them, the apparition is actually Tito himself, who had returned in order to lead them into a new revolution which would restore Communism.