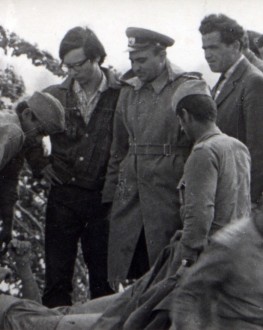 *To avoid any confusion, please note that 00:00 is midnight hour between the specified calendar day of the show and the previous day. For example,00:00, May 14 means midnight between May 13 and May 14.

This documentary was produced in 1970, during the most catastrophic floods in the history of modern Romania, and is now considered a cinematic manifest of an entire generation of Romanian directors. Black Buffalo Water shows the tribulations of many Romanians affected by the floods, no matter the communist propaganda. After a few screenings in 1971, the film was swiftly shelved by the communist censorship. Screening of a restored version, celebrating the film's 50th anniversary!