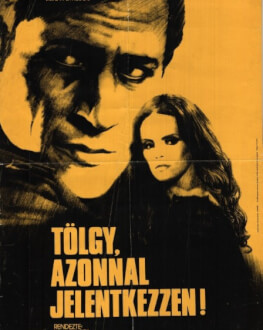 In the summer of 1944, the Romanian insurrectional military committee learns about "Margaret 2", a secret plan that the German commandment prepared to use in case Romania refused to go on with the war. And since Matei Udrea, a tank captain, is a former mate of major Werner von Richter, one of the authors of the plan, the committee orders him to infiltrate the company Richter keeps. Helped by a young woman who was compelled to play the violin during the Nazis' evening parties, Udrea manages to make a copy of the secret plan and the insurrection - cod name "Oak tree, extreme emergency" could begin.

The film premiered in Romania March 19th, 1974. In the 1975 edition of the ACIN Awards, Ion Caramitru received a Special Mention for his character from The Oak Tree – Extreme Emergency.