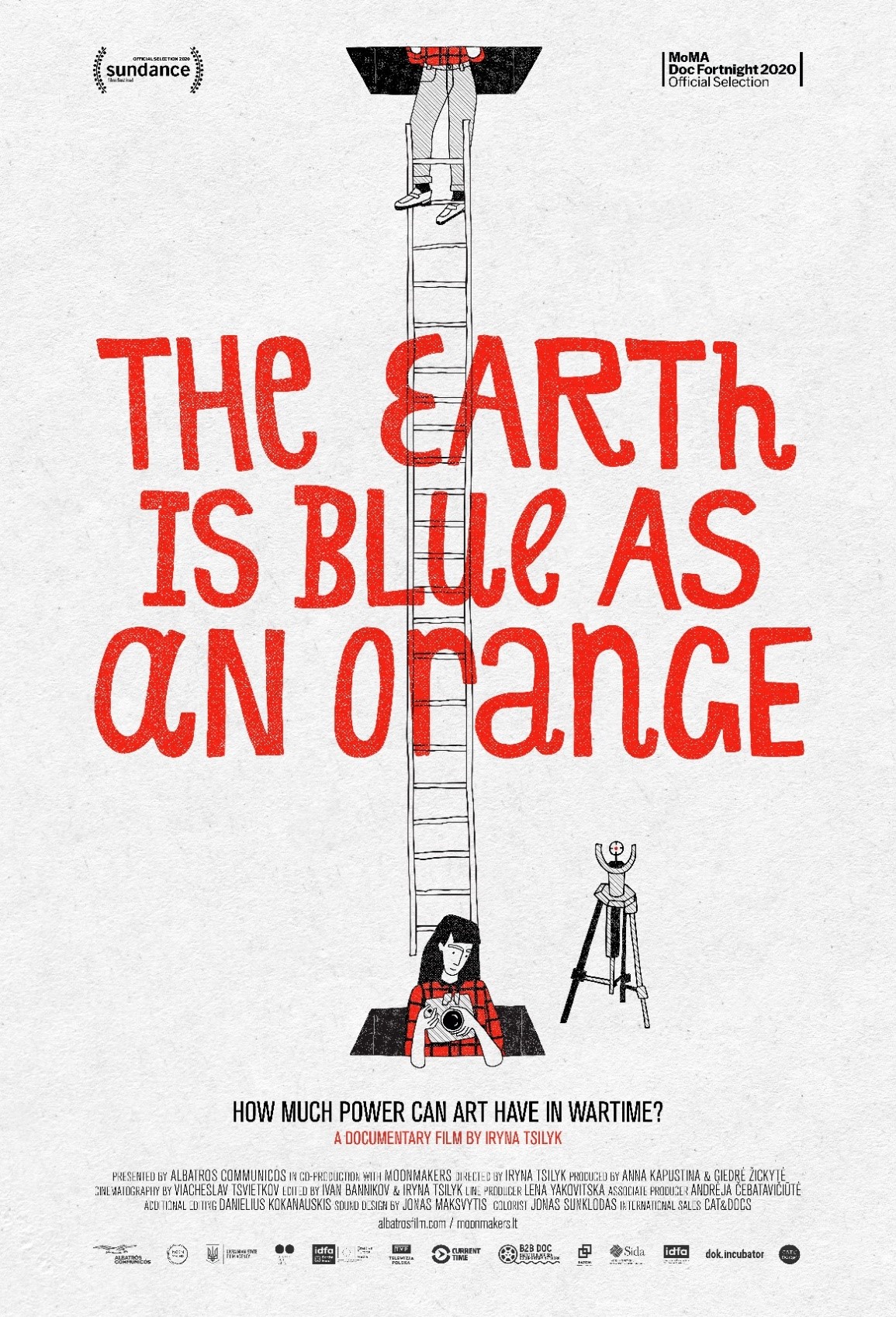 Screening followed by a Q&A session with Iryna Tsilyk

A contemporary filmmaker cannot point their camera towards a war scene without having the awareness that the resulting images will be swallowed by a flux of almost identical images, which document violence and destruction committed concomitantly in other parts of the world. Iryna Tsilyk, the director of “The Earth is Blue as an Orange,” resolves this difficulty by focusing on a young Ukrainian girl’s film school admission – a major event in her life and her family’s, but which becomes insignificant when placed in the larger context of their existence, namely the fact that they live in war-torn Donbas. This apparent contradiction between micro and macro actually turns out to be a case of concordance, as the two spheres contaminate one another: the war without a doubt raises the stakes of the admission exam, because it represents a way to leave behind the uncertainty of daily life, punctuated by alarming news and night attacks; and the protagonist’s passion for cinema, as well as her determination, once admitted to college, to make a film about the situation of those who remained at home, is an occasion to re-experience, at times in a comical tone, other times with tears in one’s eyes and voice, the trauma caused by the conflict. Unlike the debutant filmmaker, who reenacts events directly linked to war, the camera which in turn observes her lingers over the rather unusual, insignificant details, which dwell in the fringes or in the interstices of the shooting itself, thus proving that what lies outside the frames of the images of war actually speaks most eloquently about it. (by Liri Alienor Chapelan)

Iryna Tsilyk (born in 1982, in Kiev) is a Ukrainian filmmaker and writer. “The Earth Is Blue as an Orange” is her feature-length documentary debut. Moreover, Tsilyk is the author of eight books published in Ukraine (which include poetry, prose, and children’s books).