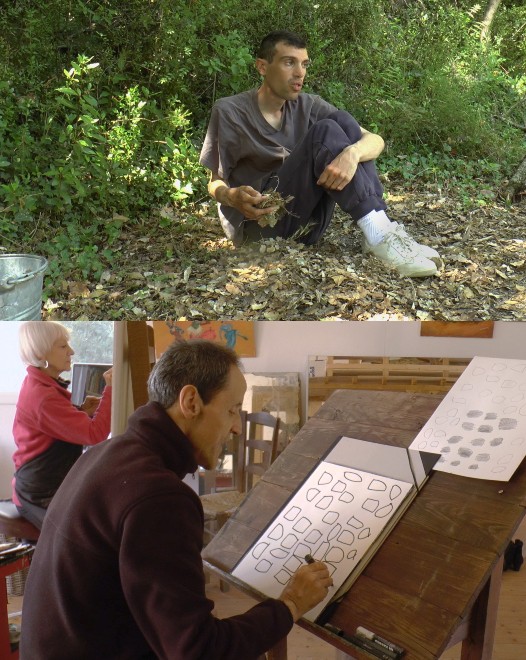 Screening followed by a debate on autism, moderated by Mihai Călin

This short documentary devoid of words, but not of sounds of the outer life, captures the day-to-day life of a community formed largely of autistic men and women. Ever since 1967, director Jacques Lin has lived among them, in the context of a medical experiment initiated by the legendary Fernand Deligny, and filmed them during their daily activities – when they were eating and when they were preparing their meals; when they were painting, or gardening; when they were enjoying, in the same space, but each on their own, the music played by bands specially brought to cultivate such pleasures. Lacking commentaries and any other information that would explain what Deligny’s – by all appearances successful - experiment consisted in and choosing not to present the protagonists individually, “None of Them Says a Word” rather works as a home movie addressed first and foremost to the people on screen and to those dear to them. Only that, since it documents a therapeutic process which lay at the basis of several innovatory treatments for autism, it automatically becomes relevant for a much larger number of viewers. And Lin’s tender, warm approach, from the inside, which all those in front of the camera seem to accept without any sort of inhibitions, paints a collective portrait of people who live in harmony and who, leaving the disabilities which unfairly marked them aside, enjoy every moment spent in this environment. (by Andrei Rus)

Jacques Lin is a French filmmaker and author. Together with the artist Gisèle Durand-Ruiz and other non-professional educators, he lived for more than 40 years in the company of autistic people. He is the author of the book “La vie de radeau, le réseau Deligny au quotidien.”