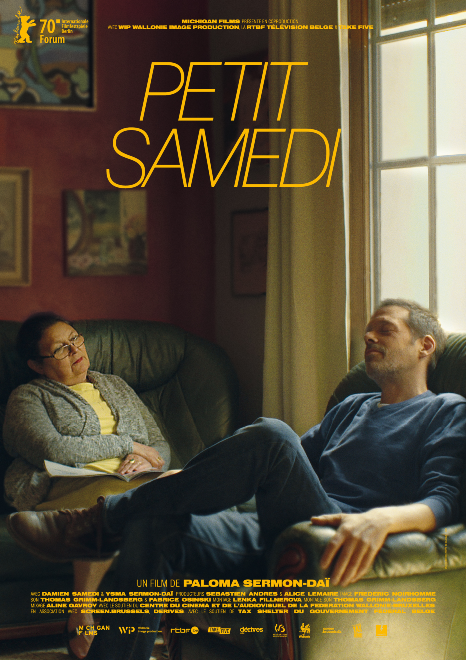 Screening followed by a debate

A frontal portrait of heroin addiction, “Petit Samedi” (“Little Samedi”) has all it takes to make very different types of audiences interested. It has a protagonist that one can easily grow fond of, Samedi, a man leading a quiet life somewhere in a Belgian village, far from the temptations of youth. Moreover, it presents his complex relationship with his mother, a woman who, in her attempt to help him heal, has to confront not only her son’s inner demons, but her own feelings of guilt as well. And it is hard not to see reflected, generally speaking, almost all mother-son relationships in this world, irrespective of the nature of the unspoken issues that linger between them, in this very tight bond the two share, one which allows for some of the most diverse manifestations – from the lightness of being to tensed scenes, marked by the expression of painful resentments. It is debutant filmmaker Paloma Sermon-Daï’s merit – the protagonists’ daughter, and sister, respectively - to have known how to depict with warmth and from the inside the extremely varied emotional colours of one of the most complex and mysterious types of couples there are. (by Andrei Rus)

Paloma Sermon-Daï was born in Namur (Belgium) in 1993. After studying Arts and Humanities at the Conservatoire de Musique de Huy, in September 2016 she took up cinematographic technique courses (bachelor’s degree) at the Haute Ecole Libre de Bruxelles, where she directed three short films. Her graduation film, “Makenzy” (2016), was screened at Visions du Réel.