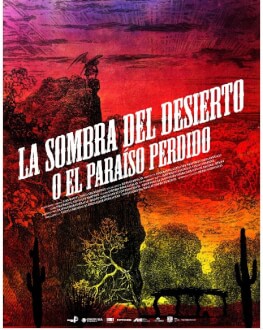 The border between Mexico and the United States has been a hot political and media topic of the last few years, following former American president Donald Trump’s increasingly incisive and controversial attempts to block the illegal entry of thousands of immigrants coming from all around Latin America, carried by the hope that on the other side, in the land of all possibilities, they will be able to start a new, better life. These travelers are at the forefront of Mexican filmmaker Juan Manuel Sepúlveda’s movie, as they are shown in different instances along their extremely dangerous and difficult journey, who, before running into the well-equipped and well-prepared armed forces from the border, have to confront another, much more unpredictable enemy, the arid and seductive desert. The documentary actually presents it in its true grandeur, that of a monster full of contradictions, capable of making the bodies of the unfortunate ones who either fall prey to armed attacks committed by gangs, or die of thirst and hunger and disappear without a trace, their bones ending up, - best case scenario -, as props in the innocent games played by the children from the local families. Yet it also captures its fascinating parts, like its sunrises and its sunsets of bewildering beauty, perfectly suited for losing the one who is already lost and for luring them into various traps without return. In short, “The Shadow of the Desert” is one of the most captivating and complex depictions of the greatness of a space which brought the salvation they long dreamed of to some, while it brought the end to many others, but not until offering them a mesmerizing show, an ephemeral snippet of their abruptly interrupted lives. (by Andrei Rus)

Juan Manuel Sepúlveda Martínez is a director, producer and cinematographer of a critical cinema, against the grain of the established forms of the representation of reality. His films have been screened and awarded at festivals such as Berlinale, Cinéma du Réel, AFI Docs, Visions du Reel, RIDM Montreal, Flaherty Film Seminar among others. He has a Master of Fine Arts degree from the Simon Fraser University in Vancouver. In addition, he teaches at the National Autonomous University of Mexico Film School (ENAC-UNAM) and at the International Film and Television School of San Antonio de los Baños in Cuba (EICTV). He also runs the production company Fragua Cine and he is a member of the National System of Art Creators (SNCA-Mexico).