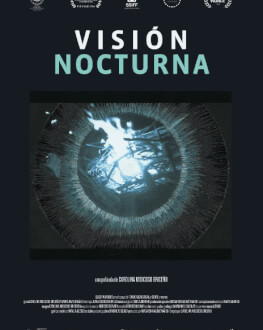 The growing visibility of rape victims and the dissemination of their stories in the media landscape doesn’t mean that the inner journey each of them needs to go through in order to overcome – or at least to keep under control - their trauma is any easier. With her first film, Carolina Moscoso adds her voice to the many public confessions of sexual violence which have erupted during the last few years, but she also deeply examines the way in which a rape victim’s inner life reconfigures while external reality remains unchanged, as well as the profound solitude of one who possesses an experience which is in fact incommunicable. The aggressive incident that the film stems from took place eight years earlier, when the director was a film student. The event and its practical, medical, and legal consequences are reported to us by means of intertitles, between which are inserted fragments of some kind of a filmed diary which captures, as this sort of recordings usually does, the delicacy of daily life and the banality of happiness. The memory of the rape doesn’t corrode these moments, it only spreads over them like a layer of dust, which gives them a distant and slightly unreal feeling; and the carelessness with which they are filmed doesn’t seem to be due to the director’s direct participation in the action, but from an unresolved tension between the desire to live as if nothing ever happened, and the inability to forget. (by Liri Alienor Chapelan)

Carolina Moscoso Briceño studied Film & TV Directing and Editing at the University of Chile. She also has Master’s Degree in Creative Documentary (the Pompeu Fabra University of Barcelona). She has been working as a director and editor for video clips, animation projects, and other visual projects, as well as in theatre. ”Night Shot” is her first documentary film. She is currently developing her next film, "Nunca ser policía", and editing "Históricas", directed by Javiera Court and Grace Lazcano.